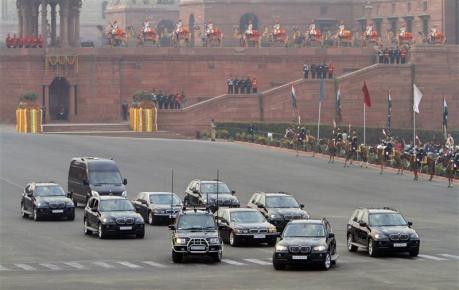 New Delhi: In what could be a lapse in Prime Minister’s security, a woman on Wednesday breached the security ring deployed near South Block for Prime Minister Narendra Modi’s convoy and threw a flower pot on the road which was to be taken by him shortly afterwards.

The woman, whose identity has not yet been disclosed, appeared at the spot when police officials had already taken their position for the convoy and entered into an altercation with some police personnel, a senior police official said.

She tried to break open a barricade and when the police stopped her, she picked up a flower pot and threw it on the road, seconds before the convoy arrived, the official said.

The woman was whisked away from the spot immediately and she was later detained at the Parliament Street police station, said the police official.