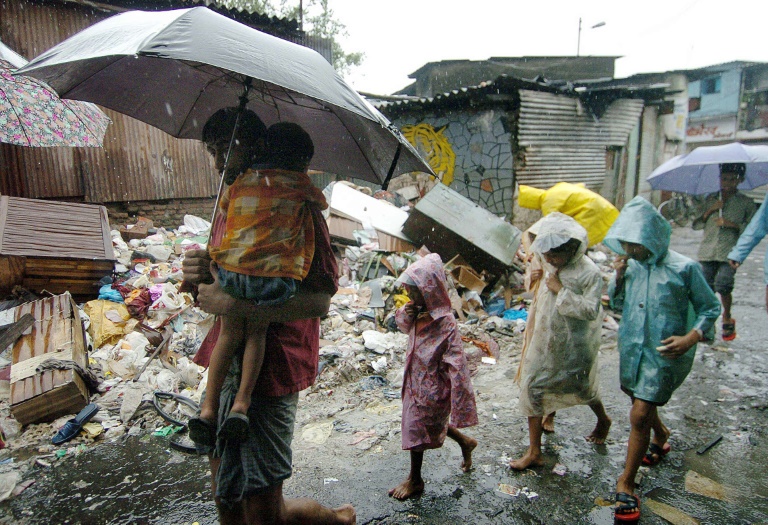 Thailand confirmed Tuesday that a man contracted the mosquito-borne infection, blamed for a surge in the number of brain-damaged babies in South America, while Indonesia has also reported a domestic case.

The cases in Asia come as top US health authorities confirmed this week a patient in Texas contracted the Zika virus through sexual transmission, fuelling fears the disease may spread rapidly.

Officials in India worry it could be next, noting that the Zika and dengue fever-carrying Aedes aegypti mosquito thrives in the high-density communities of its teeming cities, where sanitation is often poor.

“In India particularly there is a great threat of the Zika virus spreading quickly given the presence of the Aedes mosquito and favourable environment,” said Om Shrivastav, an infectious diseases specialist.

“It would definitely be a big challenge for Asian countries to control the spread of the virus… considering high population in the region,” added Shrivastav, who is based in Mumbai, home to Dharavi, Asia’s biggest slum.

More than half of Mumbai’s 20 million inhabitants live in slums — at least one million reside in Dharavi alone — enduring cramped conditions, poor ventilation and a lack of toilets.

Every summer monsoon, heavy rains lash Mumbai for four months, flooding parts of the city, including the slums’ maze of alleyways, which become fertile breeding grounds for mosquitos and lead to a massive spike in tropical diseases.

Soumya Swaminathan, director general of the Indian Council for Medical Research, warned against panicking but said a surge of dengue cases worldwide recently, was a cause for concern.

“(Because of) the way dengue has spread over the last several years across continents and across countries, (and with) Zika being a mosquito borne illness, there is a potential for spread,” she told Indian news channel NDTV.

Zika, which was first identified in Uganda in 1947, causes relatively mild flu-like symptoms and a rash.

But the World Health Organization (WHO) said it “strongly suspected” the Zika virus of being responsible for a rapid rise in cases of microcephaly, a condition in which a baby is born with an abnormally small head and brain.

Latin American countries, particularly Brazil, have reported a leap in cases of microcephaly since the Zika outbreak was declared in the region last year.

The UN-body has declared the situation a “public health emergency of international concern” and has created a global Zika response unit to contain the virus.

WHO expert Anthony Costello has stressed there is no reason to believe the crisis would remain limited to Latin America, where 25 countries so far have reported Zika cases.

“We know that the mosquitoes that carry Zika virus… are present through most of Africa, parts of southern Europe and many parts of Asia, particularly south Asia,” he said.

Eloi Yao, a WHO spokesman in Manila, said there was a “likelihood” that Zika would spread to Asia but described the present risk as “low”.

“Right now, we don’t want to raise the level of anxiety,” he told AFP, noting that Zika had been found in Asian countries before.

The Zika infection was reported in Cambodia in 2010 and the Philippines in 2012, according to WHO.

Asian governments are no strangers to dealing with deadly outbreaks of viruses and could be forgiven if they felt jittery over Zika.

Severe Acute Respiratory Syndrome (SARS) killed hundreds of people, mostly in China and Hong Kong, when it spread fear across Asia in 2003.

Hong Kong-based virologist Malik Peiris said “there is a danger” that Zika could be confused with dengue fever and other mosquito-borne illnesses, adding governments should carefully track new cases.

“Zika might come in unrecognised, until it’s spreading in an alarming rate,” Peiris, from Hong Kong University, told AFP.

When Thailand confirmed its case this week, an official said the Southeast Asian giant had recorded an average of “not more than five cases yearly” since the disease was first confirmed there in 2012.

But he played down fears of a future outbreak in the region, describing all the cases as “one-offs” and insisting there was “no need to panic”.

Most Asian governments appear to be taking a similar stance. Pakistan for example described the risk of a Zika outbreak there as “non-significant”, but added it was carefully monitoring the situation.

Yao said the WHO was working with countries, including making sure “their environment is clean” while Shrivastav warned against any complacency.

“We need to be very cautious and have to take preventive measures to keep the virus at bay,” said the Mumbai-based expert.