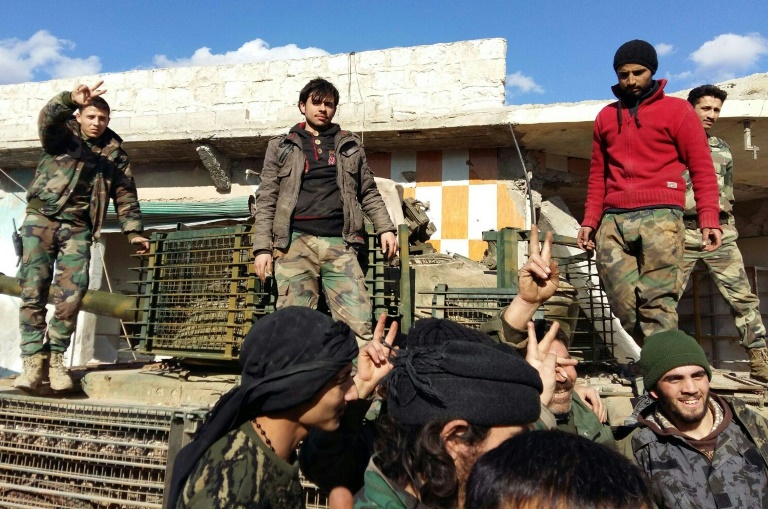 The UN envoy for Syria was under pressure Wednesday to get peace negotiations back on track after intense Russian bombing in support of regime forces left talks in Switzerland hanging by a thread.

Staffan de Mistura’s brief is to coax the warring parties in a conflict that has killed more than 260,000 people into six months of indirect talks in Switzerland.

After formally meeting the main opposition umbrella group for the first time in Geneva late Monday, the Italian-Swedish diplomat said these negotiations had officially begun.

But less than 24 hours later, it became clear that this had been premature, with the head of the delegation representing President Bashar al-Assad insisting the talks were “still in the preparatory stage”.

“We still don’t know who the opposition delegation is,” Bashar al-Jaafari told reporters after, he said, putting de Mistura straight.

Then the opposition High Negotiations Committee (HNC) cancelled its meeting with de Mistura scheduled for Tuesday afternoon, with HNC member Farah Atassi saying that “at this moment, there is no reason to repeat ourselves with de Mistura.”

The HNC has demanded the regime allow humanitarian access to besieged towns, stop bombing civilians and release thousands of prisoners — some of them children — languishing in regime jails before the talks can start.

But what really outraged the HNC is an ongoing regime offensive, backed by Russian air power, that allowed government forces Tuesday to edge closer to breaking a long-running rebel siege on two government-held villages in Aleppo province.

Russian planes carried out an intense aerial bombardment throughout the area north of Aleppo city, with the Syrian Observatory for Human Rights reporting some 320 raids since Monday morning in the region.

The monitoring group said at least 18 civilians had been killed in the raids on Tuesday, including five women, three children and two emergency workers.

“We have never seen things like this since the beginning of the revolution,” HNC spokeswoman Basma Kodmani said in Geneva, calling the Russian raids “unprecedented”.

“The regime’s and Russia’s actions gravely threaten the political process at this early stage,” Atassi said.

Since the conflict began in March 2011 as an uprising against Assad’s rule, more than half of Syria’s population have fled their homes.

Millions are in neighbouring countries and hundreds of thousands have travelled to Europe, creating a political storm that has boosted populist parties and driven a wedge between EU states.

The tangled conflict has dragged in a range of international players, from Iran, Turkey and the Gulf states — the latter two on the opposition side — to Western nations and Russia.

The chaos has also created a vacuum allowing the Islamic State group to overrun swathes of Syria and Iraq and stage a series of deadly attacks across the globe, including in Paris in November.

The hoped-for peace talks in Geneva are part of an ambitious roadmap hammered out in November in Vienna by the outside powers that foresees elections within 18 months.

US Secretary of State John Kerry on Tuesday urged the Syrian opposition to remain on board despite the Russian bombing, adding that he was “extraordinarily sympathetic” to their difficult situation.

Russia, which put its military might at Assad’s disposal in late September, said it was willing to coordinate efforts towards a ceasefire with the US, according to Interfax.

Gatilov, in Geneva to follow the talks, said the opposition “will explain their position and will announce the makeup of the delegation that will participate in talks”.

De Mistura, for his part, said on Swiss television late Tuesday that if these talks fail, “all hope would be lost.”