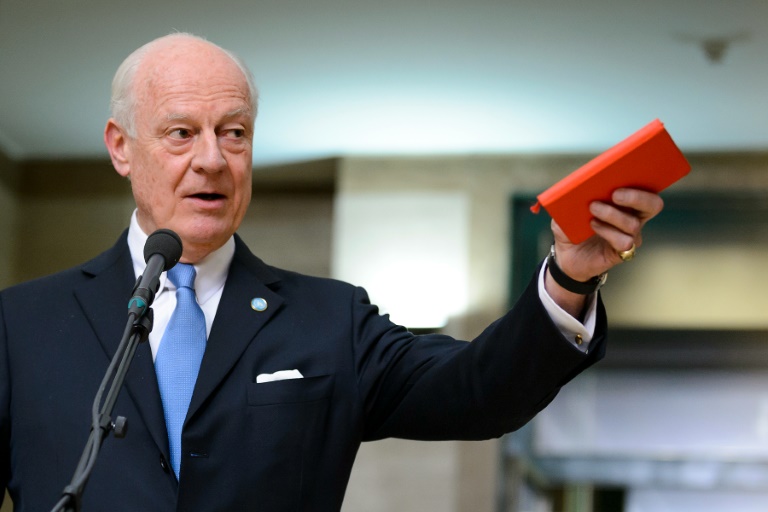 The UN special envoy for Syria announced on Wednesday a “temporary pause” until February 25 of troubled talks in Switzerland aimed at ending the civil war.

His comments came after several days of fruitless talks aimed at starting indirect negotiations between the Syrian government and opposition.

The hoped-for six months of indirect “proximity talks” are part of an ambitious roadmap agreed by outside powers embroiled in the conflict in November in Vienna.

The opposition umbrella group High Negotiations Committee (HNC) only reluctantly arrived in Geneva on Saturday, a day after representatives from President Bashar al-Assad.

The HNC was insisting on immediate steps including humanitarian aid getting through to besieged cities, a halt to the bombardment of civilians and the release of prisoners.

It was also outraged that while in Geneva a major offensive by the Syrian army and allied militias was happening on the ground near Syria, backed by intense Russian air strikes.

The government delegation meanwhile complained that the HNC was disorganised, had not named its negotiators and that the body contained individuals it considered “terrorists”.