Home Sports LA Olympic bid a chance to go back to the future: Carl... 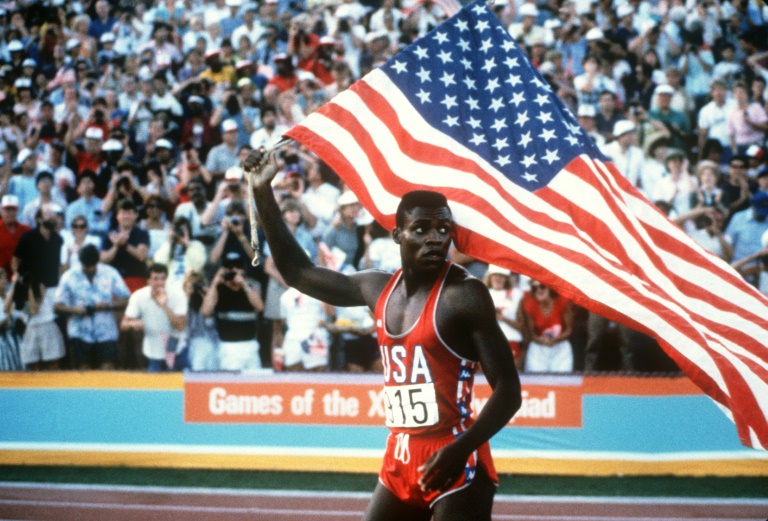 Now the US legend is campaigning to bring the Games back to the city in 2024 — 40 years after he etched his name alongside that of Jesse Owens with his golden quadruple.

“What I remember the most, my family and I rented a house just behind the Chinese Theatre,” Lewis said, referring to the Hollywood landmark famous for the foot and hand-prints of the stars adorning its entrance plaza.

“We all stayed in the same house. My sister was in the Olympic team, my brothers and parents were there. Mother was cooking dinner every day, it was an amazing time.

“They were sitting in the stands — I knew exactly where they were,” Lewis told AFP.

“It was some of the greatest time of my entire life.

“On top of that, I competed,” added Lewis, although his recollections of that whirlwind are less clear.

“I remember the running the least,” he said. “It sounds weird.

“I competed seven out of eight continuous days, every day I had to compete tomorrow, that part — it’s a blur.

“When you go for that long period of time, you have to be mentally sharp — it’s kind of a blur … I just remember crossing the line of the 100m and the relay. Just to do it and to win four gold medals.”

Lewis, then 23, began his Olympic quest with a clear victory in the 100m in 9.99sec. He dominated the next day in the long jump with a jump of 8.54m on his first attempt, eschewing further attempts to save energy.

Although he came into the 1984 Olympics with a realistic chance of winning four golds, Lewis said achieving the feat — especially on home soil was “something I could never imagine”.

“A lot of people donâ€™t realize I tried four times,” added Lewis, who won 100m and long jump golds in Seoul in 1988, long jump and 4×100 relay golds in Barcelona in 1992 and long jump gold in Atlanta in 1996 to finish his career with nine Olympic gold medals.

“It takes a lot of time, a lot of luck, a lot of everything, but it all came in Los Angeles, a place I loved,” said the now 54-year-old, who was on hand at the University of California at Los Angeles on Monday to help show off Los Angeles to International Olympic Committee president Thomas Bach.

“I just hope we can bring it back so the that the community sees what we saw, what LA showed to the world back then,” he said.

The Southern California entertainment capital, which hosted the Olympics in 1932 as well as 1984, is competing with Budapest, Paris and Rome for the right to stage the 2024 Games.

Lewis said all four candidates had their merits, but “LA” had something special.

“The thing about LA, it’s a unique place to launch the future. Just like LA 1984 did for the Olympic movement — it brought it back.

“I think LA could do the same exact thing for the future.”