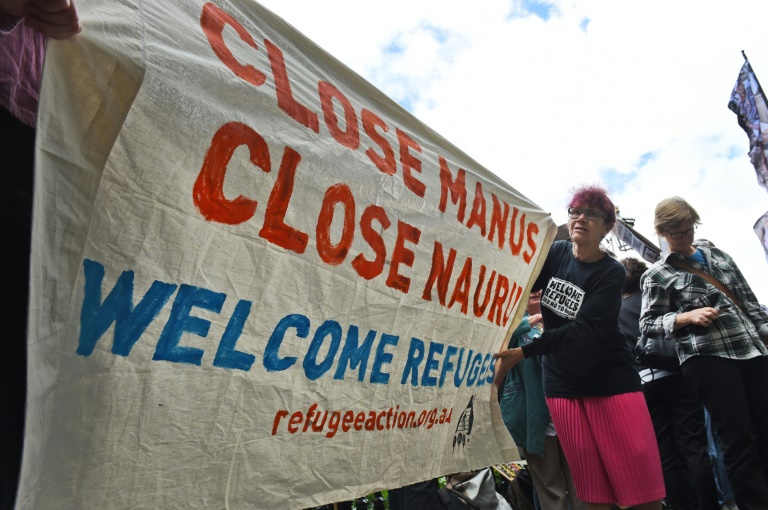 Australia’s High Court on Wednesday threw out a challenge to the detention of asylum-seekers on Nauru, opening the way for hundreds more people to be sent to the remote Pacific outpost.

The case was brought by a Bangladeshi woman who arrived on an unauthorised boat and was dispatched to Nauru before being brought to Australia for urgent medical treatment during her pregnancy.

It was seen as a test case for more than 260 asylum-seekers, including 37 babies born in Australia and 54 other children flown to the mainland for medical treatment, lawyers said.

Canberra’s hardline immigration policy ensures that asylum-seekers arriving in Australia by boat are sent to Nauru and Papua New Guinea. Some 543 asylum-seekers were held on Nauru as of last November.

Even if the detainees are subsequently found to be genuine refugees they are denied resettlement in Australia — a policy which has drawn international criticism.

The Bangladeshi woman at the centre of the challenge sought a declaration that Australia’s conduct in sending her to Nauru was unlawful.

“The court held, by majority, that the plaintiff was not entitled to the declaration sought,” the High Court said in a summary.

Ahead of the judgement, the Human Rights Law Centre which brought the case for the woman said the mother, her husband and their one-year-old baby were terrified of being sent back to Nauru.

“This mother just wants what all mothers want — her child to have a good life somewhere safe,” the centre’s director of legal advocacy Daniel Webb said.

“The legality is complex but the morality is simple — it would be fundamentally wrong for the government to condemn these families to a life in limbo on Nauru.”

The High Court found that the Migration Act authorised the woman’s detention and that the signing of an agreement between Australia and Nauru was authorised by Australia’s constitution.

The UN children’s agency UNICEF said that returning minors to Nauru not only placed unreasonable pressures on the developing state but also put children at risk.

“It’s unreasonable for the Australian government to shift this responsibility to one of its nearest neighbours,” UNICEF Australia chief technical adviser Amy Lamoin said.

Australia has long defended its hardline policy, saying it has prevented the deaths of asylum-seekers at sea and ensured the integrity of Australian borders.

Under the previous Labor government, at least 1,200 people died trying to reach Australia by boat between 2008 and 2013.