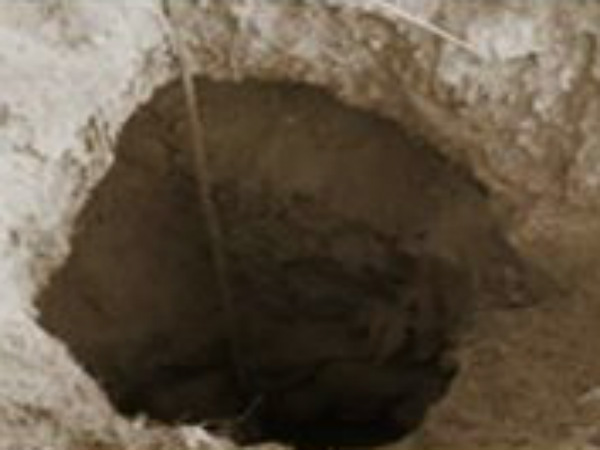 Nalgonda (Telangana): A two-year-old girl, who fell into an abandoned borewell at a village in the district yesterday, was found dead today.

The body was recovered in the early hours from the borewell after ten hours of hectic efforts to save the child, Shailgouraram’s in-charge tehsildar Riasuddin said.

The girl, Sanvi, on Monday afternoon slipped into the 200-feet-deep borewell, located at an agriculture field belonging to a local farmer at Vallala village of Shailgouraram mandal in Nalgonda, while playing around there.

“At around 3 AM today we found her. Immediately we took her to a hospital in Nakrekal. Doctors declared her brought dead. The body was handed over to police for further procedure,” the revenue official said.

The girl’s mother had yesterday found her daughter stuck in the borewell following which she informed the locals. They in-turn informed the local revenue officials and police who rushed to the spot with an ambulance, an excavator to dig a parallel well to recover the child, oxygen cylinder and other equipment.

Oxygen was pumped into the well continuously to save the girl, but in vain, Riasuddin said.