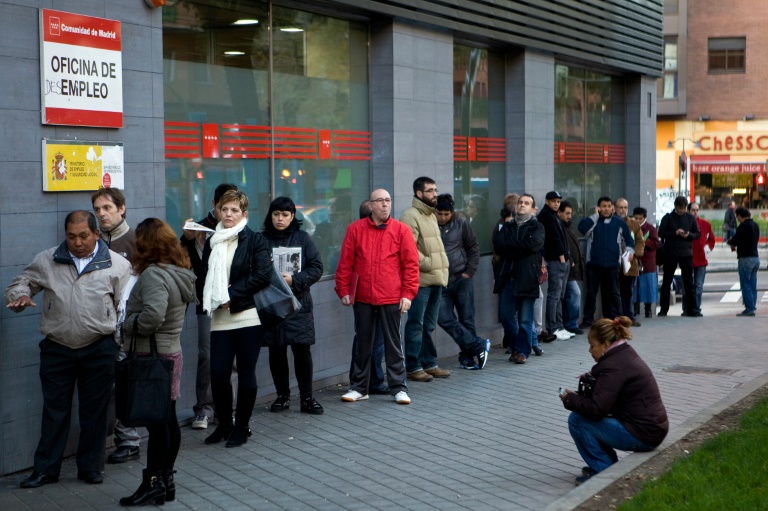 The Eurostat statistics agency said unemployment in the 19-nation eurozone dropped to 10.4 percent in December from 10.5 percent in November, its lowest rate since September 2011.

Analysts had expected the December figure to be unchanged at 10.5 percent, taking into account the sharp slowdown in China and the huge turmoil on global financial markets.

They said the report was encouraging but still not enough to suggest the economy was back on track and the European Central Bank will have to continue its massive stimulus programme.

By headcount, there were some 16.75 million jobless in the eurozone in December, down 49,000 from November and 1.5 million less compared with December 2014.

Greece and Spain continued to have the highest jobless rates, at 24.5 percent and 20.8 percent, while economic powerhouse Germany was on 4.5 percent, compared with 10.2 percent in France where the economy continues to struggle.

A calculation method used by the German authorities resulted in an unemployment rate for Germany in December of 6.3 percent, data showed Tuesday.

Eurozone unemployment hit a record 12.2 percent in September 2013 as the damaging eurozone debt crisis peaked out.

The improvement since then has been painfully slow despite the ECB’s stimulus, with the economy still well short of the 7.5 percent jobless rate seen before the 2007-08 financial crash.

In the full 28-member European Union, the unemployment rate was unchanged at 9.0 percent in December.

Capital Economics analyst Jennifer McKeown said the report suggested continued subdued improvement but with the caveat that a slowing global economy could reverse that trend.

“We still think that the ECB has a lot more work to do,” Mckeown said in a note.

Howard Archer at IHS Global Insight said he expected continued modest progress, with unemployment falling to below 10 percent by the end of the year on current trends.

Archer noted however that eurozone business confidence dipped in January “amid heightened global economic uncertainties and financial market volatility” and that could make companies more cautious about taking on new workers.