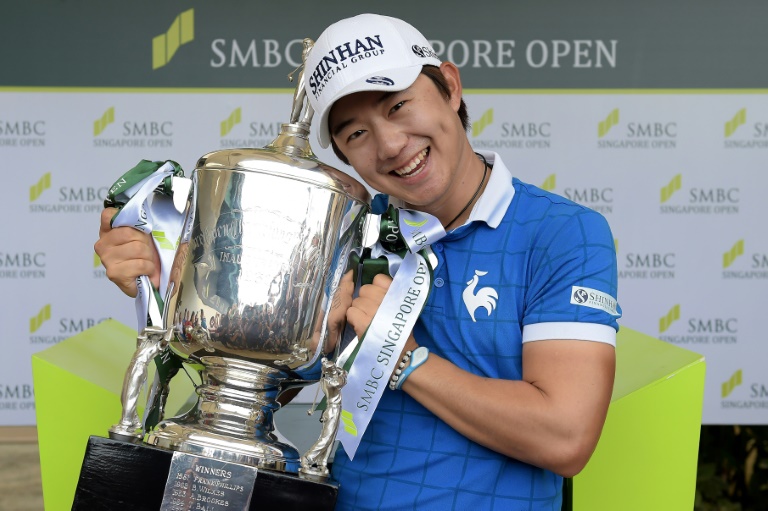 Song shot a one-under-par 70 over the final round to finish the tournament at 12-under 272, one stroke ahead of the American who wrapped up a 66 on Monday.

The final round at the Serapong Golf Course on Sentosa Island was suspended Sunday because of thunderstorms just as Spieth was lining up a five-foot birdie putt on the 18th green.

Spieth got his birdie when play resumed Monday morning but Song, playing two groups behind, refused to buckle and parred his final three holes to secure the title.

It was Song’s first career victory after six second-place finishes.

The South Korean never relinguished the lead after Friday’s second round when he fired a blistering eight-under 63 that equalled the course record.

Spieth was playing in Singapore for the first time, but the Asian Tour and Japan Tour event was no easy ride for the world number one.

Playing in his seventh competition in nearly four months, the 22-year-old Texan was plagued by inconsistent form and entered the final round trailing the South Korean journeyman by five strokes.