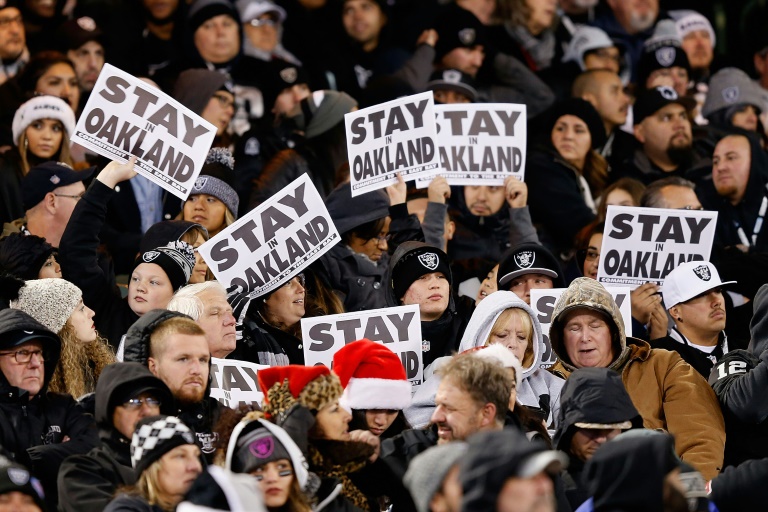 An NFL memo sent to clubs in the wake of Oakland Raiders owner Mark Davis visiting Las Vegas says there is no rule against moving a team to any city.

The note, made public over the weekend, leaves open the door to the possibility of relocating the Raiders, or any club, to the US gambling center despite the NFL’s hard stance against any betting associations to preserve credibility of results.

The Raiders have no lease for next season after being thwarted in a bid to relocate to Los Angeles starting next season.

Las Vegas has long sought a top-level pro sports team but thus far has been snubbed by the NFL, NBA, Major League Baseball and the National Hockey League, although an NHL expansion bid from Las Vegas for a new arena under construction there is being studied by league officials.

The memo, sent to 32 NFL team public relations directors, mentioned the reports of a plan by Las Vegas Sands chairman Sheldon Adelson to build a $1 billion domed stadium, a 65,000-seater on the University of Nevada-Las vegas campus that could be built even without an NFL team as a tenant.

“If your club owner or executives are asked about this, there is no need to comment,” the NFL memo said.

It noted that all relocation decisions require 75 percent support from the 32 club owners and that no proposal has been made to the league for relocation to Las Vegas.

“It would be speculative to suggest that your club would or would not support such a proposal. If such a proposal is made, it would be considered under the league’s relocation policies,” the memo said.

“There is no prohibition under league rules on a team moving to any particular city. Any proposal for relocation would be evaluated based on the same standards as apply to any proposed move.”

The St. Louis Rams were allowed to relocate to Los Angeles by NFL owners in mid-January with the San Diego Chargers given a right of first refusal to join them there in a new LA stadium project.

Chargers owner Dean Spanos said Friday his team will remain in San Diego for the 2016 season and try again to have a new stadium built there.

But Spanos also reached an agreement in principle to share the proposed new stadium in Inglewood, California, is no new venue deal is struck in San Diego.

The Chargers, who bought land in suburban Los Angeles last week for a new team headquarters and training facility, have until next January to decide whether or not to move to LA.

If they say no, the Raiders would then have a year to consider the same option, but the need for a 2016 home could impact their long-range plans.

The new Los Angeles stadium is expected to open in 2019 with the Los Angeles Memorial Coliseum a likely temporary home for clubs until the new facility is fully constructed.