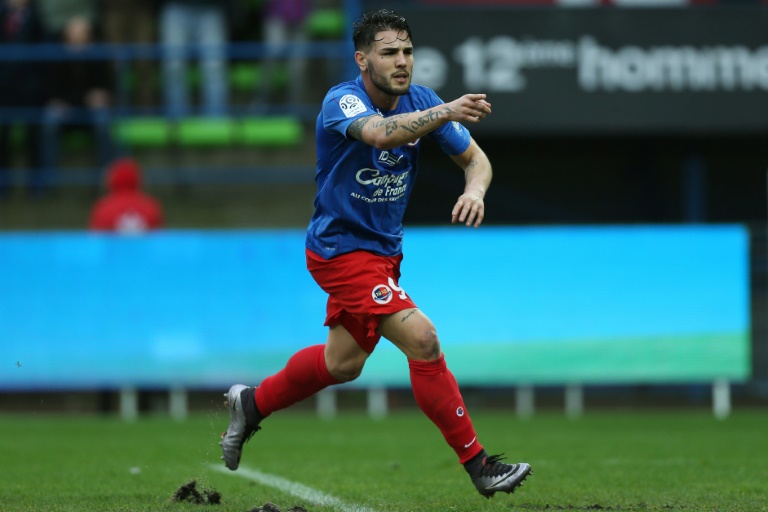 Caen continued their fine season by beating Nice 2-0 at their Stade Michel d’Ornano on Sunday as the visitors failed in their bid to move second in Ligue 1 behind runaway leaders Paris Saint-Germain.

The hosts took the lead when Julien Feret teed up Rony Rodelin to drive in his sixth league goal of the season.

Andy Delort doubled the lead from the penalty spot before half-time to leave Nice in disarray.

They never fully recovered despite some pressure in the second period and stay fourth in the Ligue 1 table, above their opponents on goal difference.

Patrice Garande’s men ended a four-match losing streak when they came from behind to win at Montpellier last week, and they started the brighter against Nice who are targetting a first-ever slot in the Champions League.

Rodelin, on loan from Lille this season, continued his good run of form by scoring for the third game on the bounce just 12 minutes in.

It could have been two just a couple of minutes later, but after striker Delort had rounded Nice goalkeeper Yoann Cardinale, defender Maxime Le Marchand got back to block.

20-year-old Dorian Caddy was making just his second senior appearance for Nice and he was denied an equalising goal by a wonderful reaction stop from Remy Vercoutre.

Saidi Ntibazonkiza, making his full debut for Caen, was pushed to the ground by Nampalys Mendy in the 40th minute and Delort stepped up to dispatch the resulting spot-kick for his ninth goal this term.

Nice piled on the pressure in the second half as both Vercoutre and defender Dennis Appiah blocked efforts in one frantic goalmouth scramble.

Vercoutre was in fine fettle, the keeper making a flying save to keep out Jean Seri’s powerful strike.

Caen were hanging on by a thread and Mathieu Bodmer headed a glorious chance well wide.

Nice though struggled to create many chances after Puel surprisingly substituted both Hatem Ben Arfa and Valere Germain, and Caen held on with relative ease to beat their visitors for the first time in seven attempts.