Home World France, a quiet but significant presence in Cuba 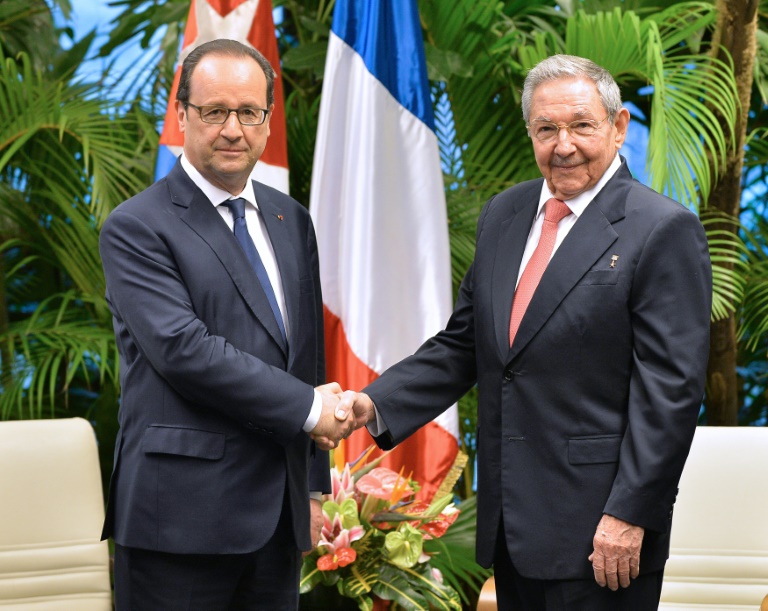 France, one of Cuba’s leading economic partners, has forged close ties with the island, even if its commercial presence lags far behind that of Venezuela or China, countries close to the Cuban regime.

The lower numbers are largely due to a drop in Cuban grain imports and the temporary suspension of a credit line guaranteed by Coface, France’s export credit agency. That credit line was ultimately renewed during last May’s visit to Cuba by French President Francois Hollande.

Rum accounts for about half of Cuban exports to France, which in turn mainly provides Cuba with wheat, agrochemical products and transportation equipment.

Some 60 French companies are active on the island, notably through various types of partnerships with Cuban state entities.

The companies are active in the key sectors of the local economy — including agribusiness, tourism, the marine industry, construction, energy, industrial equipment and transport.

Among them are firms as prominent as Air France, Total, Bouygues and Pernod Ricard, the top French investor in Havana Club, a joint venture rum producer.

France is the fourth-leading investor in the island, after Spain, Canada and Italy.

France and others in the Paris Club of wealthy creditor nations reached agreement with Cuba in December to cancel $8.5 billion in overdue interest on debt.

The French Development Agency (AFD), which finances projects to improve living conditions in other countries, is expected to rapidly resume its activity in Cuba, as promised by Hollande during his visit.

The French population in Cuba is fairly small. As of October 15, 2015, the number of French nationals registered with the consular section was 786, two-thirds of them living in the capital Havana.

The number of French tourists visiting the island, however, has been rapidly growing — it was up 33 percent from 2014 to 2015 — and French nationals rank fourth in number among all foreign tourists.

But with 117,000 annual visits, the French still trail far behind the Canadians, who represent more than one-third of the three million tourists who visit the island each year.

France also operates the only two foreign cultural centers authorized on the island — the highly popular Alliance Francaise centers in Havana and in Santiago de Cuba, in the island’s far east — and they serve several thousand students.