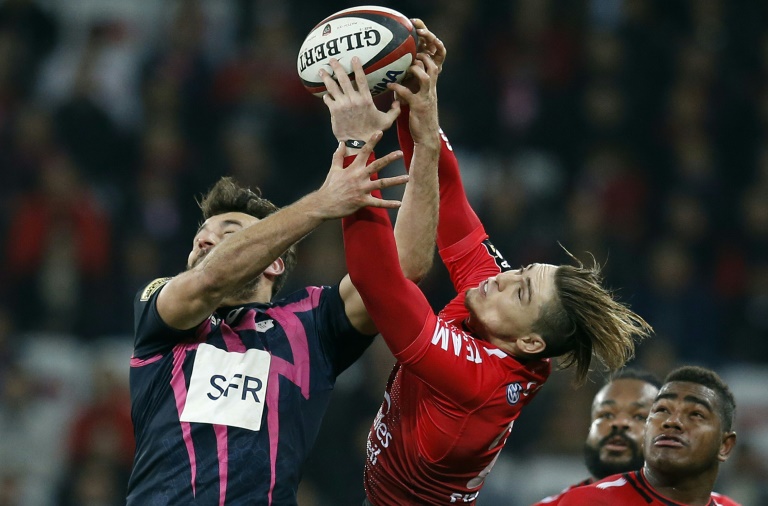 The uncapped scrum-half, often the unsung hero in Toulon’s expensively assembled team of international stars, hit six penalties as Stade briefly fought back but paid the price for ill-discipline.

The victory saw three-time defending European champions Toulon move to third in the table on 40 points, three behind behind Racing 92 and Toulouse, tied on 43pts atop the standings.

But Stade were left in 11th, 14 points off the sixth spot that guarantees an automatic play-off berth.

Escande missed the extras, but the 23-year-old kicked a penalty to increase Toulon’s lead at Nice’s Allianz Riviere stadium, 20km from Toulon.

Steyn and Escande traded penalties just before the break to leave it 11-6 to the home side after 40 frantic minutes.

Escande got the scoreboard ticking in the second period with his third penalty, former fly-half and now-kicking coach Jonny Wilkinson looking on in appreciation.

In a free-flowing, if error-ridden, game, Stade winger Waisea Nayacalevu Vuidravuwalu was denied a try for a knock-on over the line, Steyn reducing the arrears with a penalty.

The South African playmaker was then on hand after Waisea intercepted Drew Mitchell’s speculative pass to dot down for a try he also converted to make it 16-14 for the Parisian club.

The scrum-half hit his sixth penalty to take Toulon out to 23-16. With four minutes to play, Jules Plisson missed a penalty that would have given Stade a defensive bonus point as Toulon held firm.

In Saturday’s action, All Blacks superstar Dan Carter scored his first try for Racing 92 in a 26-3 triumph over Oyonnax.

Carter, the world record international points scorer, was in inspirational form, grabbing the third of his team’s four tries to help them maintain their unbeaten home run this season.

Toulouse stormed to an eight-try 54-3 rout of Pau, wrapping up a winning bonus point inside the first 25 minutes, but crisis-hit Clermont suffered an historic third consecutive home defeat, going down 19-15 to Montpellier.