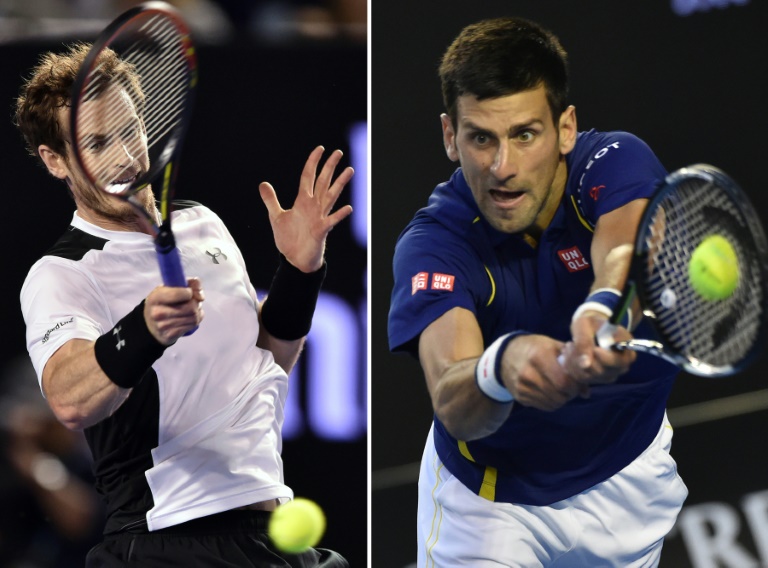 Novak Djokovic will target a record-equalling sixth Australian Open title and look to extend his supremacy over men’s tennis when he plays Andy Murray in the final later on Sunday.

The Serbian world number one and defending champion is hot favourite in his fifth consecutive Grand Slam final after pipping Murray to the title three times already at Melbourne Park.

Should Djokovic win again, he will claim his 11th Grand Slam title and join Rod Laver and Bjorn Borg on the all-time list — and inch closer to Roger Federer’s record of 17.

He would also equal the tally of Australia’s Roy Emerson, who won the tournament six times between 1961 and 1967, an achievement that has gone unmatched in the 49 years since.

Djokovic is now established as the dominant force at Melbourne Park, after downing Jo-Wilfried Tsonga there to win his first major title in 2008, and beating Rafael Nadal in an epic final in 2012.

He also overcame Murray in the 2011, 2013 and 2015 finals, and arrives at this year’s decider in rare form after winning three major titles in an astonishing season last year.

This week, Djokovic demolished four-time winner Federer in a sublime semi-final to set up his sixth decider at Rod Laver Arena — a match he has never lost.

“Fighting for a Grand Slam trophy is a pinnacle of our sport. This is exactly where you want to be,” Djokovic said.

“You work hard to put yourself in this position. Of course, adding to that the fact that I am able to make history is just an additional encouragement and incentive for me to do well.

“If you want to win Grand Slam titles and be the best in the world, you have to win against the best players in the world. Going to be ready for that.”

World number two Murray, who also lost to Federer in the 2010 final, is looking to become the first man in the Open era to win the Australian title after losing four finals.