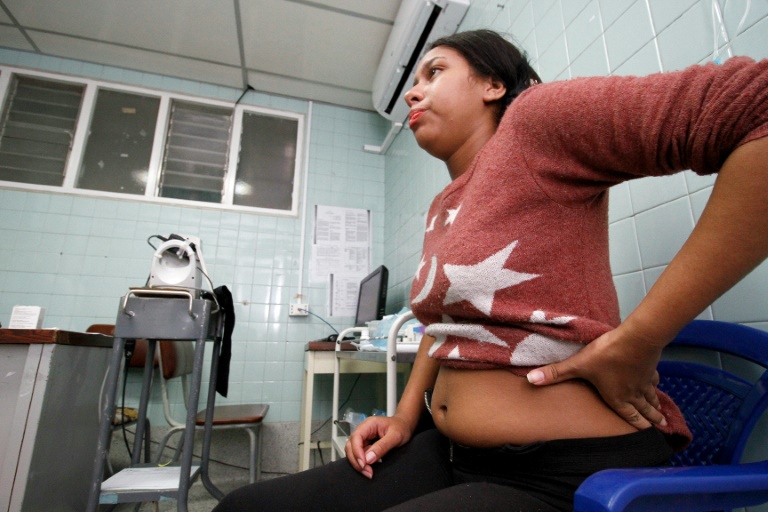 More than 2,100 pregnant Colombian women are infected with the mosquito-borne Zika virus, the country’s national health institute said on Saturday, as the disease continues its spread across the Americas.

The virus has been linked to the devastating birth defect microcephaly, which prevents fetus’ brains from developing properly. There is no vaccine or treatment.

Colombia announced Saturday that more than 2,000 pregnant women have been infected with Zika, amid growing concern about the spread of the virus suspected of causing irreversible brain damage in newborns.

The National Health Institute reported that Colombia now has 20,297 cases of Zika infection, including 2,116 in expectant mothers.

The latest numbers, reported in the institute’s epidemiological bulletin, make Colombia the second most affected country in the region, after Brazil, the epicenter of the outbreak.

Although the mosquito-borne virus’s symptoms are relatively mild, it is believed to be linked to a surge in cases of microcephaly, a devastating condition in which a baby is born with an abnormally small head and brain.

Microcephaly is an untreatable disease that can cause permanent damage to the child’s motor and cognitive development.

The World Health Organization warned this week that the virus is “spreading explosively” in the Americas, with three million to four million cases expected this year.

Brazil, the hardest hit country, sounded the alarm in October, when a rash of microcephaly cases emerged in the northeast.

The National Health Institute said that 1,050 of Colombia’s Zika infection cases were confirmed by laboratory tests, 17,115 by clinical exams, and 2,132 were suspected cases.

Women have been the most affected in Colombia, accounting for 63.6 percent of the cases.

The government expects more than 600,000 people to become infected with the Zika virus in Colombia this year, and projects some 500 cases of microcephaly.

Earlier this week, Colombian authorities ordered hospitals in lower-lying areas to prepare for the spread of the disease, which is carried by the Aedes aegypti mosquito.

With the virus already affecting some 193 municipalities, authorities also recommended that couples delay attempts to become pregnant for six to eight months.

In the absence of a vaccine and with no way to prevent it other than to avoid mosquito bites, Latin American countries have called for greater efforts to eliminate mosquito breeding grounds.

In Nicaragua and Honduras, for example, teams of volunteers formed by concerned teachers, students and parents, are readying to clean up areas containing stagnant water.

In Brazil, which hosts the Summer Olympics in August, authorities have deployed a small army of sanitation workers to do the same, as well as to fumigate against mosquitoes.

On Friday, Brazilian President Dilma Rousseff vowed to “win the war” against the virus, but some experts criticized her government’s response and warned the Olympics could fuel the disease’s spread.

Rousseff’s comments came on the same day she and US President Barack Obama agreed to launch a high-level bilateral group to develop a vaccine.

In both Brazil and Colombia, the Zika virus has sparked a debate about abortion, with some activists arguing that it should be allowed in cases of microcephaly.

In both countries, terminating a pregnancy is only legal in the case of rape, risks to the mother’s health or if the fetus is not viable.

The issue is even more pressing in El Salvador, an affected country where a 1998 law criminalizes all abortions, including following rape, incest or when a mother’s life is in danger.

Colombian activists argue abortion should be allowed if a fetus has microcephaly because it is a situation that affects the mother’s mental health.

In Brazil, meanwhile, a group of researchers, lawyers and activists announced they would take the matter to the country’s Supreme Court.