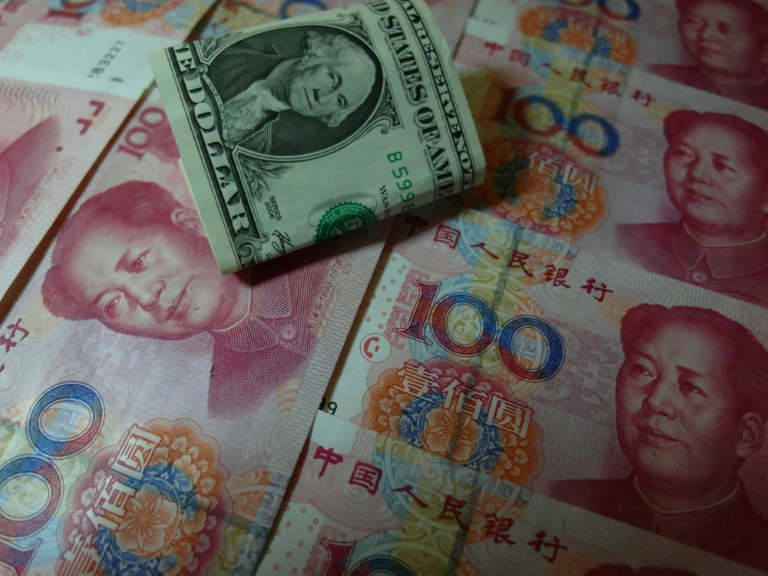 China is struggling to reconcile its push for economic reforms and a freely traded currency with curbing massive outflows of capital sparked by worries over its slowing economy — and a lack of communication is fuelling fear.

Around $1.0 trillion left China last year, according to Bloomberg Intelligence. In December alone capital outflow from the country was nearly $160 billion, it said.

The cash haemorrhage reflects growing concern about the economy against a backdrop of volatility in the stock and currency markets, which has led both investors and savers to shed their yuan, also known as the renminbi (RMB).

“The recent flood of capital leaving China has been driven primarily by increased scepticism that the People’s Bank (the central bank) will hold to its pledge to keep the renminbi stable,” said Mark Williams, chief Asia economist at Capital Economics.

At the recent World Economic Forum in Davos, billionaire investor George Soros told Bloomberg TV that the world’s second largest economy, where growth has already slowed to a 25-year low, was heading for more trouble.

“A hard landing is practically unavoidable,” he said, pointing to deflation and excessive debt as a reason for China’s slowdown.

His remarks angered the Chinese media, which accused him of “declaring war” on the currency.

Soros — whose enormous trades are still blamed in some countries for contributing to the Asian financial crisis of 1997 — in the 1990s led speculators in bets against the Bank of England, which unsuccessfully sought to defend the pound’s exchange rate peg.

The yuan has retreated against the dollar by 1.3 percent since the start of January, having already slid more than 4.5 percent against the greenback in 2015.

Beijing keeps a grip on currency flows and the yuan can only move up or down against the dollar by two percent daily from a mid-rate set by the People’s Bank of China (PBoC), the central bank.

But after a surprise devaluation last August — a move intended to bring it closer to its market value according to Beijing — the yuan is being dragged down by the vast outflows of capital.

Chinese citizens are allowed to convert the equivalent of $50,000 from the domestic currency under an annual quota, though many seek ways to evade the barrier. A popular method is borrowing the quota of other people, such as family members.

Bank of America Merrill Lynch said the lack of “clear and transparent” rules for the basket led to confusion in the market. At the same time, the decision by the US Federal Reserve to raise interest rates has put downward pressure on the yuan.

Chinese officials deny plans to devalue the currency, amid fears Beijing is seeking a currency war to help boost its flagging exports.

“The fluctuations in the currency market are a result of market forces and the Chinese government has no intention and no policy to devalue its currency,” Vice President Li Yuanchao told Bloomberg.

But Beijing faces a dilemma, he said. On the one hand, China wants to expand use of the yuan internationally. At the same time, the government needs to ensure the unit remains stable.

To keep its currency steady, China has been diving into its foreign exchange reserves — already the world’s largest — to buy massive amounts of yuan.

But it is a bitter pill to swallow. China’s foreign exchange reserves fell $108 billion in December — the biggest monthly decline on record — to $3.3 trillion.

“The PBoC has enough reserves to keep selling at December’s rate until mid-2018 but it would presumably throw in the towel before they were all exhausted,” said Williams of Capital Economics.

The central bank has also refrained from loosening monetary policy by cutting reserve requirements — the amount of funds that banks must put aside — on fears of exacerbating the yuan’s depreciation, analysts said.

Some say China will need to devalue the yuan, and have even called on Beijing to move rapidly towards a free float of the currency.

But others believe such a move would reflect poorly on China, which in November received approval from the International Monetary Fund for the yuan to be included in its basket of elite currencies.

“The potential disruption to financial stability outside China, and with the risk of an Asian currency war, would ultimately feedback negatively to China,” said Michala Marcussen, global head of economics at Societe Generale.