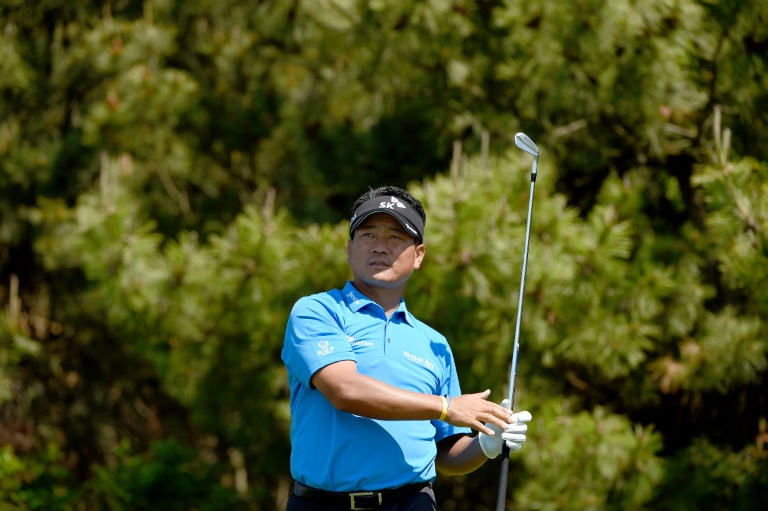 KJ Choi, who is chasing his first win on the USPGA Tour in five years, fired a five-under 67 to grab a share of the halfway lead at the Farmers Insurance Open at Torrey Pines.

The 45-year-old South Korean was tied with American Gary Woodland, who also shot a 67, at nine-under 135 after 36 holes.

Choi has 20 international wins, including eight victories on the USPGA Tour making him the most successful Asian golfer in history. His last PGA win came at the Players Championship in 2011 when he beat David Toms in a playoff.

“I hit it very well,” said Choi who had seven birdies and two bogeys in the second round on the Torrey Pines North Course. “This week my iron play and putting is much better than it was the last week of the season. I had very good control with my putter.”

Woodland birdied five of his first nine holes to become the co-leader at nine-under. American Dustin Johnson was alone in third after a bogey free six-under 66. Scotland’s Martin Laird, Scott Brown and Billy Horschel are tied for fourth at seven-under 137, two shots adrift of the co-leaders.

Several notable players missed the 36-hole cut including defending champion and world number two Jason Day of Australia. Day, who withdrew from Wednesday pro-am with flu-like symptoms, followed a first round 72 on the North Course with a two-over 74 on the South Course.

World number four Ricky Fowler, coming off a win last week in Abu Dhabi, and San Diego native Phil Mickelson also missed the cut. Fowler carded a 71 and was at par after two rounds, failing to make the cut by a stroke.

The final two rounds will be played on the South Course and Choi said it will be even tougher because of stormy weather expected for part of the weekend. He said it is going to be like a British Open.

“I have had many experiences overseas in the British Open with it being windy and rain. And my house in Dallas is so windy so I will need some imagination in my shots to win,” he said.

Choi has finished in the top 10 in the tournament two of the past three years.

Johnson’s bogey-free 66 tied the low score in the tournament’s first two days. He started with six consecutive pars before getting birdies on four of the next five holes.