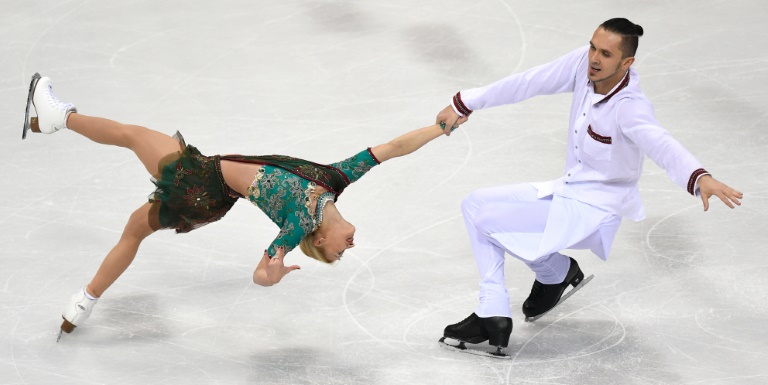 Olympic champions Tatiana Volosozhar and Maxim Trankov are poised to claim a fourth pairs title as they brushed aside injuries to lead the short programme at the European figure skating championships on Friday.

The former world champions won three European gold medals between 2012 and 2014, but sat out last season because of injuries, and have not competed in a major competition since their Olympic gold in Sochi.

It was however far from a flamboyant return for Volosozhar, 29, and 32-year-old Trankov, who have skated together for six years and married last August, as she was recovering from flu and Trankov the effects of a sore back.

But their Bollywood Selection nevertheless kept them top with 79.77 — 4.23 points ahead of promising new pairing, Aliona Savchenko and Bruno Massot of Germany.

“Maybe it’s because of our age that we have to contend with various injuries,” said Trankov. “Our performance today wasn’t the best but good enough to take first place.”

Volosozhar added: “We added new elements. We’re not really happy with this programme but we hope to do much better with the free (skate).”

“It’s the beginning of a great career for me,” said Massot, who with three previous partners competed in three European championships but never finished better than seventh.

“It’s the first time that I’ve come to a European championship with the idea not only of getting a medal but also of maybe winning.

“It’s such a pleasure to skate with Aliona, and on front of such a great public. It almost mae me forgot that this is a big competition and difficult.”