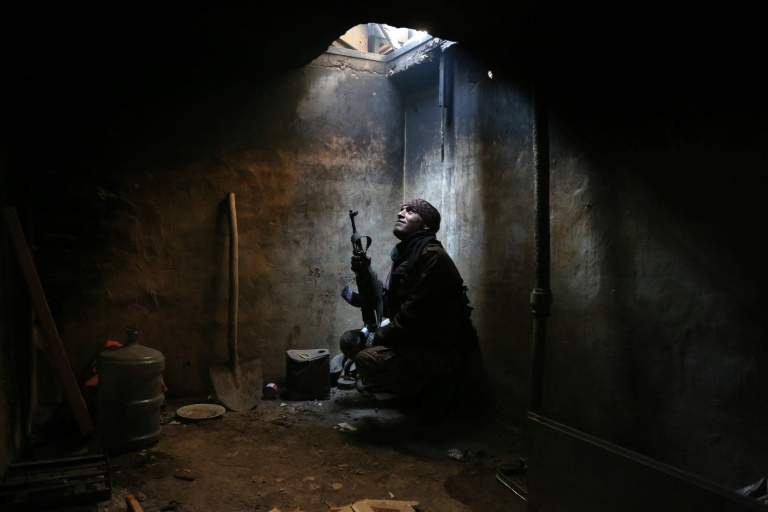 “We will be arriving this evening in Geneva,” he said, adding that HNC chief Riad Hijab would join the delegation later in the Swiss city.

The announcement came after the group late Friday grudgingly relented to Western and Saudi pressure to attend the talks, the biggest push to date to chart a way out of Syria’s nearly five-year war.

The HNC representatives will be arriving a day late for the UN-backed talks.

HNC had long refused to join the talks without an end to bombardments of civilians and an agreement on relief reaching hundreds of thousands of people stuck in besieged Syrian towns.

But their about-face does not mean the situation on the ground has improved.

On Saturday, the Doctors Without Borders charity said at least 16 more people have starved to death in the besieged town of Madaya since an aid convoy entered earlier this month, bringing the number who have died of starvation there since December to 46.

Several dozen more residents of the town are in “danger of death” because of severe malnutrition, the group known by its French acronym MSF warned.

“This is the 21st century and we have children who are dying from hunger, and the world is watching,” HNC member Hind Kabawat lamented to reporters in Geneva late Friday, explaining that the group was coming to press for immediate action on the humanitarian front.

While the HNC’s decision to send a delegation to Geneva is certainly a positive step, breakthroughs in the negotiations are regarded as slim.

In a sign of the challenges ahead, the HNC said in a tweet its delegation was going “to participate in discussions with the @UN, not for negotiations.”

A source close to the HNC however said the group was sending 17 negotiators and 25 others to the talks.

Backed by external powers embroiled in Syria’s war, the talks are seeking to end a conflict that has killed more than 260,000 people and fuelled the meteoric rise of the extremist Islamic State group.

But the complexities of the conflict, involving a tangled web of moderate rebels, Islamist fighters, Kurds, jihadists and regime forces backed by Moscow and Iran, pose a huge challenge, experts say.

“There is every reason to be pessimistic, and there is no realistic scenario in which a breakthrough would be reached,” said Karim Bitar, an analyst at the Paris-based Institute of International and Strategic Relations.

For now, no face-to-face talks between the opposition and the regime are expected. Instead “proximity talks” are envisioned whereby de Mistura will shuttle between the participants.

The HNC did not announce who it would send to Geneva, but it had earlier said that a future delegation would include women and members of religious minorities.

In a controversial move, the alliance had earlier named Mohammed Alloush, member of the Army of Islam rebel group, as its chief negotiator, but souces hinted he was not among those travelling to Geneva on Saturday.

Syria’s civil war has destabilised the already restive Middle East and drawn in regional powers like Saudi Arabia, Iran and Turkey but also the United States and Russia.

It has also forced millions of Syrians from their homes, many of them into neighbouring states and further afield, causing a major political headache for the European Union which received more than one million migrants in 2015.

The desperation spurring so many to attempt the perilous journey across the Mediterranean has had devastating consequences for many.

On Saturday, at least 33 migrants, including Syrians, drowned off Turkey when their boat sank while trying to cross to Greece — joining more than 200 others who have perished on that route since the beginning of January.