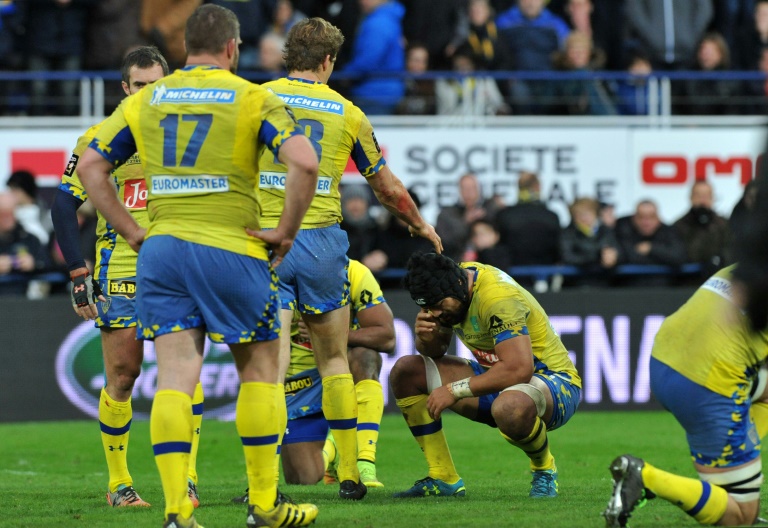 Crisis-hit Clermont suffered a third consecutive home defeat for the first time in history on Saturday when Montpellier grabbed a 19-15 French Top 14 victory.

It was also Clermont’s fourth home loss of the season at their once formidable Stade Marcel Michelin fortress.

The result, in a match that had only one try, moved Montpellier back into the top six ahead of Bordeaux, who were playing later at Castres.

For Clermont it was another body blow on the back of their elimination from the European Champions Cup last weekend.

There was some consolation in that the defensive bonus point they took meant they topped the Top 14, but Toulouse and Racing 92 were also in action later and could overhaul them.

“We are having a tough time,” admitted Clermont coach Franck Azema. “We suffered in the game but we had our chances to come back.

“We need to rediscover our appetite and recharge physically and mentally.”

Clermont skipper Aurelien Rougerie said that despite the loss, he was proud of his team’s performance coming after last weekend’s 37-28 home defeat to Bordeaux which ended their European campaign.

“Last week I was frustrated and ashamed by our defeat,” said Rougerie.

“Today, the shame has disappeared. I cannot fault the guys. There is just a lack of confidence but we must continue working and it will come.”

Montpellier dominated the first half against an insipid home side, but they had to wait until five minutes from half-time for their first try.

Winger Marvin O’Connor, who earned a call up into the France squad for the Six Nations last week, blasted over at the end of a superb drive from midfield.

That made it 16-3 at half-time for Jake White’s Montpellier side.

But it was a different story when play resumed with Clermont in the ascendency and Montpellier distinctly on the back foot.

Two penalties from fly-half Camille Lopez and his replacement Brock James narrowed the margin and it got worse for Montpellier when South African hooker Bismark Du Plessis was yellow-carded after a succession of penalties.

Clermont were parked on the Montpellier line, but had to settle for another James penalty and were rocked just minutes later with a huge drop goal from Demetri Catrakilis left Clermont needing a converted try to level the scores.

James struck his third and his side’s fifth penalty of the match with 10 minutes to go, but Montpellier held firm after that with a dogged defence winning the points for them.