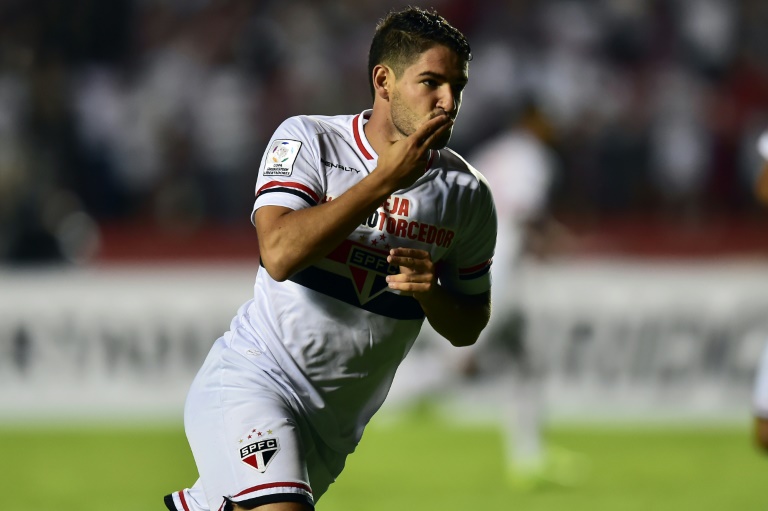 Guus Hiddink insisted Friday that Alexandre Pato’s loan switch to Chelsea is not a gamble and confirmed the deal will be completed once paperwork formalities have been concluded.

The Brazil striker, 26, arrived in London this week to complete a move that will see him remain at Stamford Bridge until the end of the season.

The Corinthians player has not played a competitive game since the end of November and Hiddink admits it will take time for the forward to recover match fitness.

But the Chelsea interim manager believes the loan arrangement means the deal suits both club and player, who is expected to have no difficulties securing a work permit.

“He is in London,” said Hiddink. “He was well spotted. There are no secrets nowadays, and we don’t want to hide.

“It’s at the paperwork stage. We’ll see how long it takes to solve before he gets on the pitch.”

Pato will add to Hiddinkâ€™s attacking options with Diego Costa currently shouldering responsibility for providing the sideâ€™s goal-threat now that both Loic Remy and Radamel Falcao are injured.

“It’s not a gamble,” said the Dutch boss. “Coming on loan makes it possible to have a good view of him, whether he’s able to adapt to the high demands of the club and the league.

“We’ll give him all the support in this, but it’s up to him. If you buy those players, with all respect to him, who must take the next step then it’s more of a risk,” the Dutchman added.

“Taking him on loan is good for everyone, to see whether he’s happy at this club and if the club are happy with him.”

But Hiddink said there would be a period of adjustment.

“He has to settle. We’ll give him the time to settle and get used to a very demanding league. Pato was a promising youngster, and also a very stylish player. Then he had a few years in Milan.

Remyâ€™s future at Chelsea has been questioned, with the striker linked with a move to former club Newcastle United.

Hiddink confirmed the forward will miss Sundayâ€™s FA Cup fourth round tie at Milton Keynes with a calf injury and said: “He’s injured for the moment, a slight injury on his calf. We’ll see what happens in the upcoming days.”

The interim manager insisted Gary Cahill will not be leaving the club despite recent reports suggesting the player was concerned about his chances of making Englandâ€™s Euro 2016 squad after falling out of the Chelsea first team.