Home Cityscape ABVP calls for shut down of colleges in Telangana 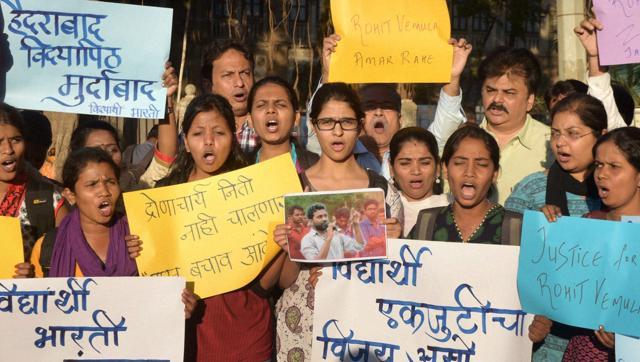 In the wake of the Rohith suicide case, protesting the “politics over dead bodies” done by Congress Vice President Rahul Gandhi in the Hyderabad Central University (HCU), the Akhil Bharatiya Vidyarthi Parishad (ABVP) on Saturday called for a bandh of colleges in Telangana.

“ABVP strongly opposes the politicisation being done by Rahul Gandhi in Central University at a time when peaceful atmosphere is returning in the university,” ABVP national executive member Kadiam Raju said in a statement.

Gandhi should stop the “politics over dead bodies” and help restore normalcy in the HCU, he said.

The call for shut down by the ABVP came as Gandhi came to the HCU campus late last night and is scheduled to join the fast to be undertaken by the agitating students of the university today on the occasion of birthday of Dalit Research scholar Rohith Vemula who allegedly committed suicide earlier this month.

“ABVP questions why he (Rahul Gandhi) did not console when Dalit women students died in a medical college in Chennai,” the statement said.