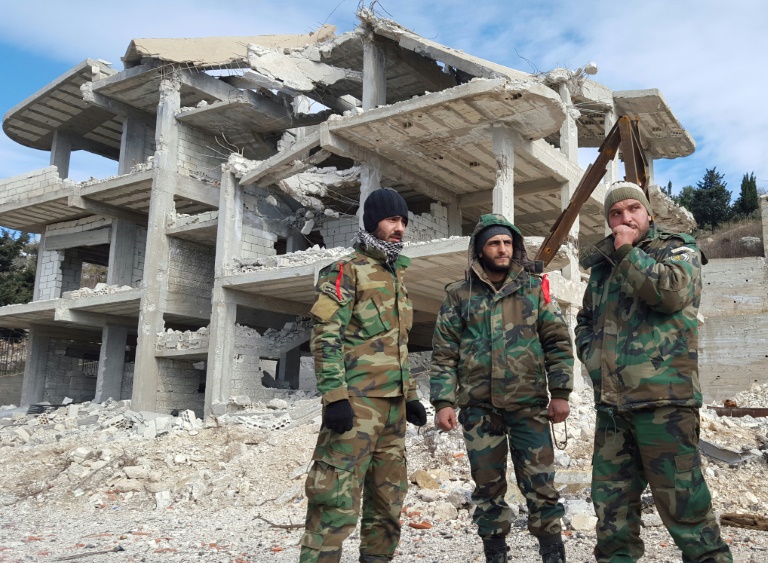 Key Syrian opposition members said Thursday they will miss the start of crucial talks in Geneva aimed at ending the devastating war, as the UN warned the negotiations must not fail.

The Saudi-backed High Negotiations Committee, meeting in Riyadh, said it would not attend the Geneva negotiations until an agreement was reached on aid entering besieged towns.

Their absence threatens to derail the biggest diplomatic push yet to resolve the nearly five-year-old civil war, which has killed more than 260,000 people and forced millions from their homes.

UN envoy Staffan de Mistura, in a video message to the Syrian people, said the talks could be their country’s last chance for peace.

“Now we need to hear your voice to everyone who is coming to this conference, and saying this conference must be an opportunity not to be missed,” the envoy said.

He said that after several stalled peace processes, the Geneva talks “cannot fail”.

A spokeswoman for the UN talks, Khawla Mattar, said that no postponement was planned.

A senior delegate of the High Negotiations Committee told AFP that a decision was expected on Friday on whether to attend the UN-brokered talks.

Riad Hijab, coordinator of the High Negotiations Committee, said that aid access was a precondition of attending.

“Tomorrow we won’t be in Geneva. We could go there but we will not enter the negotiating room if our demands aren’t met,” he told Al-Arabiya television.

Western diplomats have piled pressure on the opposition to participate in the negotiations, which would be only the second dialogue between Syrians since the start of the conflict.

The Committee has asked for “clarifications” after the UN issued invitations to other opposition figures, and wants assurances from the international community that it will move to end regime attacks on civilians and allow humanitarian aid.

France-based Middle East analyst Agnes Levallois said the opposition was growing increasingly frustrated that the question of President Bashar al-Assad’s fate was being put off.

Haytham Manna, a longstanding opposition figure who is co-chair of the political wing of a Kurdish-Arab alliance, told AFP in Geneva he did not expect talks to begin until Monday.

A source close to the government in Damascus said its delegation, headed by Syria’s envoy to the UN Bashar al-Jaafari, would arrive on Friday.

The talks are part of a UN-backed plan, agreed by top diplomats last year in Vienna, that envisages negotiations followed by a transitional government, a new constitution, and elections within 18 months.

French President Francois Hollande called for negotiations to start as soon as possible.

“We urgently need to put in place humanitarian measures and negotiate a political transition,” Hollande said at a joint press conference with Iranian President Hassan Rouhani.

Russia said on Thursday it wanted another meeting of world powers on Syria in Munich on February 11, when the first round of the Geneva talks could still be taking place.

De Mistura’s office said on Tuesday it had issued invitations to the talks, but refused to say who had been invited.

The Committee, which has named Mohammed Alloush of the Islamist rebel group Army of Islam as its chief negotiator, confirmed it had received an invitation, but so did several other opposition figures not belonging to the body.

Former deputy Syrian premier Qadri Jamil told AFP in Geneva that he was part of a second opposition delegation invited to the talks.

“We have decided we will not boycott the negotiations, but they will not succeed without the Kurds,” he said.

Turkey, a staunch opponent of the Syrian regime, has warned against any participation of Kurdish forces it says are linked to the outlawed Kurdistan Workers’ Party (PKK).

Asked about Jamil’s role, Mattar, the UN spokeswoman, said it was “not our plan or understanding” that his delegation would take part in the talks on an equal footing with the Committee.

The peace push comes as Syrian forces have been advancing against rebels in various parts of the country, thanks in large part to Russian air strikes launched in September.

Critics have accused Moscow of killing hundreds of civilians in the strikes and on Thursday a monitor said at least 54 civilians had died in suspected Russian air raids in parts of northern and eastern Syria under IS control.