Home Sports PSG march on at Saint-Etienne, minus fans 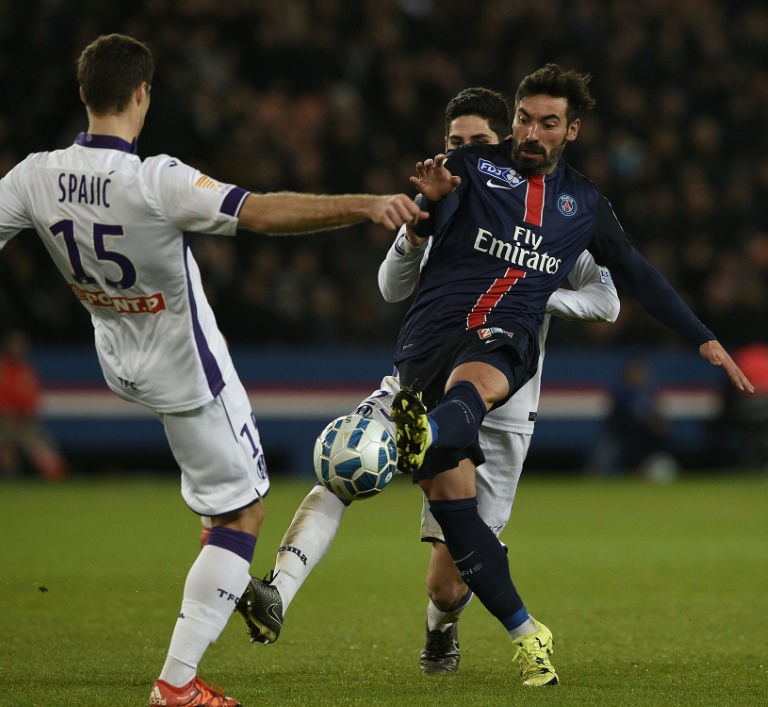 Fresh from setting a new club record of 12 straight wins, Paris Saint-Germain take on Saint-Etienne this weekend, the latest step in their seemingly unstoppable march to the Ligue 1 title.

Goals from Ezequiel Lavezzi and Angel Di Maria earned Laurent Blanc’s all conquering side a 2-0 win over Toulouse in the League Cup semi-final to leave only Lille in their way of a third straight League Cup title.

And with a yawning 21 point lead it is surely only a matter of when not if they secure a fourth consecutive league title and sixth overall.

Blanc cut a contented figure after Wednesday’s game, declaring: “I’m especially happy, because no matter who plays, the team is winning. I congratulate my players.”

And it appears that those players are happy in Paris with two players previously expected to leave at the end of this season, Zlatan Ibrahimovic and Thiago Motta, both now looking to stay.

“I’d like to end my career in Paris,” Motta told AFP this week, while Ibrahimovic has just accepted a telling and sizeable pay rise.

As Chelsea’s Champions League visit on February 16 looms the only blemish was the sight of Brazilian defender David Luiz hobbling off in stoppage time with an injured knee.

PSG must travel to the Stade Geoffrey-Guichard without their fans who have been banned from attending the game after “serious incidents between the team’s respective fans in recent years”.

Saint Etienne, blown away by PSG 4-1 at the Parc des Princes in October, squandered a chance to climb into the top four when they gave up a last minute goal at Reims in last Sunday’s 1-1 draw.

PSG’s League Cup final opponents Lille routed Bordeaux 5-1 in their semi-final and will be out to continue that form at Marseille on Friday.

Marseille are six points shy of the top three, with new coach Michel telling AFP: “A podium finish is our dream, not our objective.

“If last year’s side couldn’t do it how can people demand of us to do it with fewer players and a smaller budget?”

Second-placed Monaco are at Angers who are dusting themselves off after last weekend’s 5-1 drubbing by the runaway league leaders.

Monaco’s Portuguese trio Bernardo Silva, Fabio Coentrao and Helder Costa were all on target in the Principality side’s 4-0 defeat of Toulouse to strengthen their hold on second place.

Bastia host former multiple champions Lyon with a change of personnel in the dug out.

Fixtures (all times GMT, 1900 unless stated)