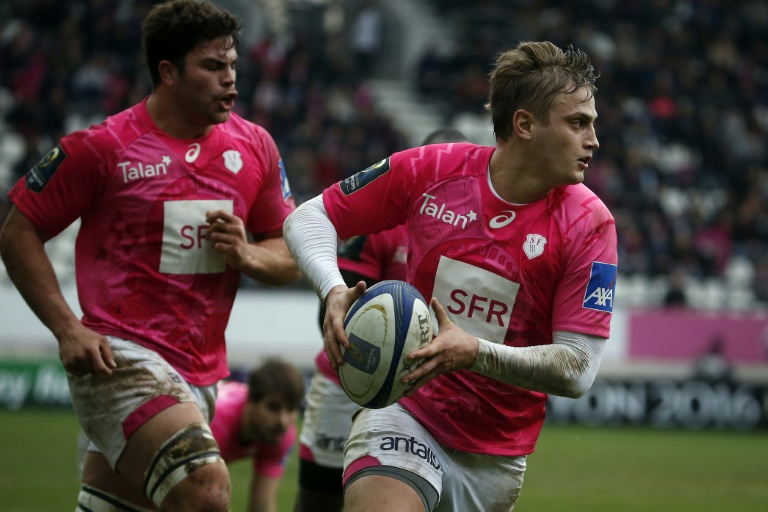 French champions Stade Francais tackle European kings Toulon on Sunday in a heavyweight Top 14 clash with both sides nursing a series of headaches over discipline and form.

Stade and Toulon may have booked their European Champions Cup quarter-finals spots last weekend, but the build-up to Sunday’s eagerly-awaited encounter has centred on off-field doubts.

Double World Cup winner Ma’a Nonu has not scored a try in eight matches for Toulon and the veteran All Blacks centre admits he’s finding it hard to adapt in France.

“It’s not easy,” said the 33-year-old. “It’s a different sort of mentality in France. There’s lot of onus on the foreigners but we get over that.

“That’s why I play rugby, because I enjoy the challenge. But sometimes I question myself why I enjoy this game, sometimes being over here because it’s so frustrating at times.”

However, Stade are four places off the bottom having lost seven of their 12 league games this season.

They will be without hooker Laurent Sempere and lock Paul Gabrillagues who have been banned for 15 and eight weeks respectively for eye gouging in their European Cup win over Leicester last week.

Stade manager Gonzalo Quesada denounced the sanctions as “a farce”.

Racing 92 host Oyonnax on Saturday where All Blacks superstar Dan Carter returns after sitting out last week’s European clash against Glasgow when their quarter-final place had already been assured.

Winger Teddy Thomas is also set to play for the first time this season after being sidelined with a nagging hamstring injury.

Racing have 38 points, the same as Clermont who, like Toulouse, missed out on European Cup quarter-final qualification.

Clermont will be without English full-back Nick Abendanon, the 2015 European Player of the Year, who will be out for three months as he undergoes a groin operation.

Their Canadian second row forward Jamie Cudmore, meanwhile, will face “appropriate punishment” after lashing out at the side’s management following their European exit.

Cudmore missed Sunday’s 37-28 defeat to Bordeaux-Begles through injury, but voiced his frustration on Twitter after the result left last year’s runners-up Clermont bottom of their pool.

“Clean out The front office and #bringbackvern”, Cudmore wrote, calling for the return of former coach Vern Cotter, who left for the Scotland job in 2014 after eight seasons with Clermont including the club’s maiden French title-winning campaign in 2010.

Toulouse are third in the table — also on 38 points — and they host Pau.

But backs coach Jean-Baptiste Elissalde said a decision on their participation will only be made on Friday morning.

“There are no major ailments but we will see how they come through training,” said Elissalde.