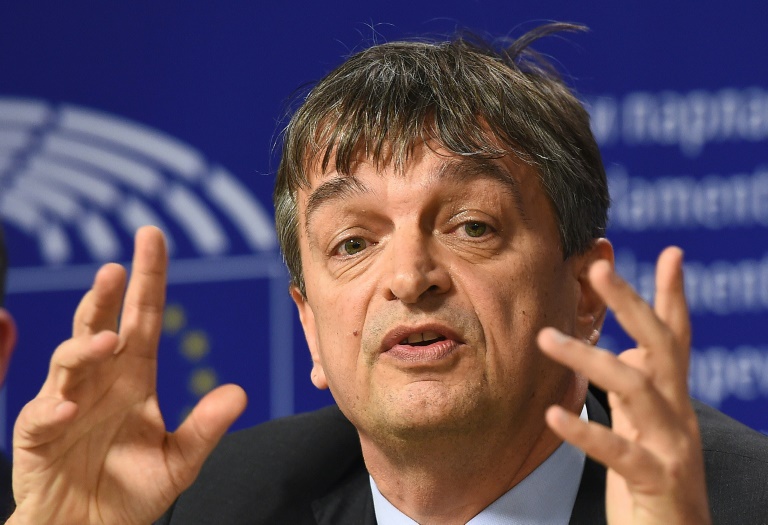 French FIFA candidate Jerome Champagne went to a chic Paris restaurant seeking the support of his country’s football federation and left with profanities ringing in his ear.

Champagne told AFP that he was “insulted” in a meeting with French Football Federation president Noel Le Graet who told him he would be backing UEFA secretary general Gianni Infantino for the FIFA presidency in a February 26 vote.

Champagne, a former FIFA deputy secretary general and one of five candidates for the FIFA presidency, said he would protest Le Graet’s decision not to even let him speak to the FFF executive.

In response, Le Graet called him a “little man”, used another expletive, threw down the money for the meal and then walked out, according to Le Parisien newspaper, whose account was confirmed by other football sources.

Le Graet, a frequently outspoken character, would not comment on the meeting.

During a meeting of France’s Professional Football League, where Le Graet represents the national federation, some officials said that Champagne should be heard.

If elected FIFA president, Champagne would be an automatic member of the International Olympic Committee and so could vote for Paris to get the 2024 Olympics, Le Parisien said some LFP members reasoned.

Le Graet was reported to have responded: “I don’t give a damn about the Olympics.”

“Gianni has all the necessary qualities to be a success,” the FFF declared in a statement.

“He has the experience, the talent, the work ethic and the convictions, all of which he’s displayed as secretary general of UEFA alongside Michel Platini.”

Champagne is considered an outsider in the FIFA race in which he is up against Infantino, Sheikh Salman bin Ebrahim al Khalifa, head of the Asian confederation, Tokyo Sexwale of South Africa and Prince Ali bin al Hussein, a former FIFA vice president from Jordan.

Sheikh Salman and Infantino, who secured the support of the South American confederation on Thursday, are considered the frontrunners.