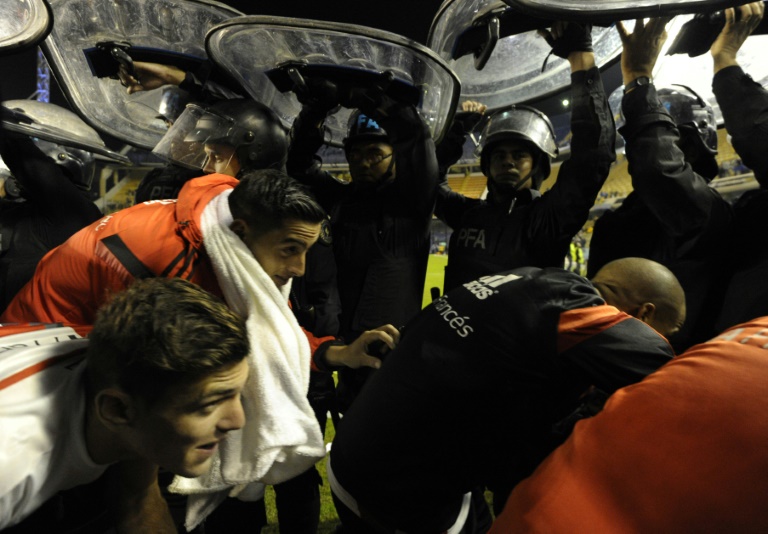 The Argentine government announced the creation of a football hooligan database and called for players to be taught about fair play in an attempt to tamp down violence marring the game.

Thursday’s announcement came hours after President Mauricio Macri, former president of the club Boca Juniors, called for players to set a better example in the wake of a friendly between Boca and fierce Buenos Aires rivals River Plate that descended into on-pitch scuffles.

Hooliganism between rival ultras has roiled Argentine football for years and the database will create a register of supporters banned from stadiums.

“The main and immediate objective is to put an end to aggression in football and hooliganism problems,” said the security ministry.

Authorities also ordered the Argentine Football Association (AFA) to set up a training program for players, coaches and referees at all levels of the game to learn about “values of fair play and respect.”

Five players were sent off in Saturday’s so-called friendly, in what Macri described as “disgraceful” scenes.

Boca were disqualified from the Copa Libertadores last year after a fan or fans sprayed toxic gas at River Plate players.

River Plate players were returning for the second half when a chemical irritant was released into the inflatable tunnel leading from the dressing rooms to the pitch.

The attack left several players rubbing their eyes in agony as teammates desperately threw water in their faces to try to relieve the pain.

The NGO “Salvemos Al Futbol” says that six people died in Argentina last year in violence between ultras. That was down from 16 in 2014, it said.