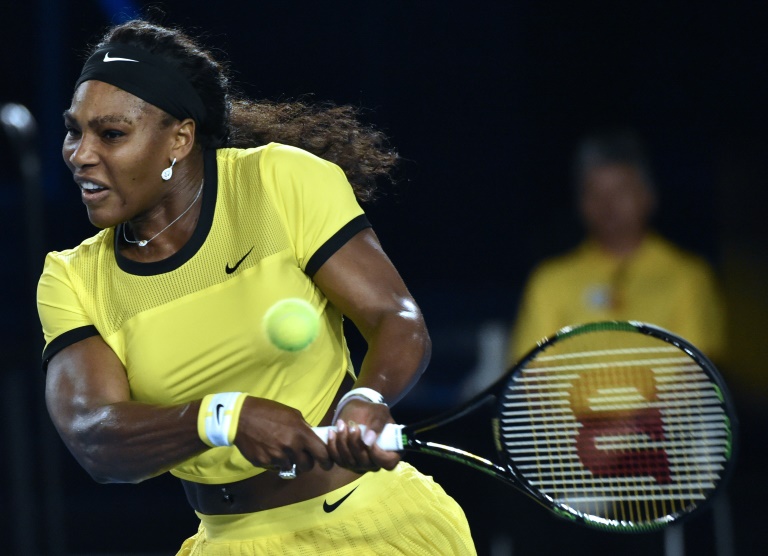 The dominant top seed was untouchable in overpowering the Pole 6-0, 6-4 in just 64 minutes on Rod Laver Arena to set up a decider against German seventh seed Angelique Kerber or unseeded Briton Johanna Konta.

Kerber and Konta play later Thursday, with whoever wins facing a huge obstacle to be crowned champion. Of her 25 previous major finals, Williams has won 21.

“I’m really excited to be in another final, it kind of blows my mind right now,” said Williams, 34.

“I feel I am playing the best I can, and I can’t believe I am in the final.

“I started playing aggressive again in the second set and it worked out.”

The writing was on the wall for Radwanska — Williams had never lost a semi-final at Melbourne Park on her way to six titles, and had beaten the Pole in each of their previous eight meetings stretching back to 2008.

She crushed long-time rival Maria Sharapova in the quarter-finals and dished out the same treatment to Radwanska, halting her 13-match win streak in emphatic fashion.

The victory puts her just one win away from matching Steffi Graf’s Open-era Grand Slam record of 22 titles, with Margaret Court’s all-time mark of 24 edging closer.

In her 16th Australian Open, Williams, who said this week she had no plans to retire any time soon, got on the front foot immediately, and effortlessly.

Within a minute of the match starting she had a break point as she hit clean winners and attacked the net.

It was the worst possible opening for Radwanska, with Williams, the oldest world number one in WTA history, breaking and then using her huge power advantage to easily hold serve, racing 2-0 clear with a smash at the net.

Radwanska, 26, was in serious trouble with Williams attacking her vulnerable second serve, and a double fault left her flailing 0-3 behind.

The American was hitting booming shots to perfection while Radwanska was struggling to get the ball over the net.

Her movement was virtually non-existent and a feeble backhand into the net had the top seed 5-0 ahead after just 17 minutes.

Radwanska could do nothing against an opponent playing on a different level and only won seven points the entire set — four of them from unforced errors by the American.

Williams won the set in 20 minutes, one of the fastest of the tournament and humiliating for Radwanska, last year’s WTA Finals champion and one of the world’s top players.

Radwanska finally got off the mark in the opening game of the second set when Williams netted a backhand from the baseline, allowing her opponent to hold serve, to huge applause from the crowd.

But it was only a temporary reprieve with Williams holding serve then breaking to march 2-1 clear.

The fourth seed finally started finding her range and with some errors leaking into the Williams game, she easily held serve.

Radwanska then broke the American to huge roars with a forehand error hauling her level at 3-3. An epic seventh game, including the first deuce of the match, allowed her to hold serve.

But an easy Williams hold was followed by another lapse from Radwanska who sent a forehand long to be broken again.

Williams, serving for the victory, sent down three booming aces and won it on the first match point, easily keeping intact her record of not dropping a set all tournament.