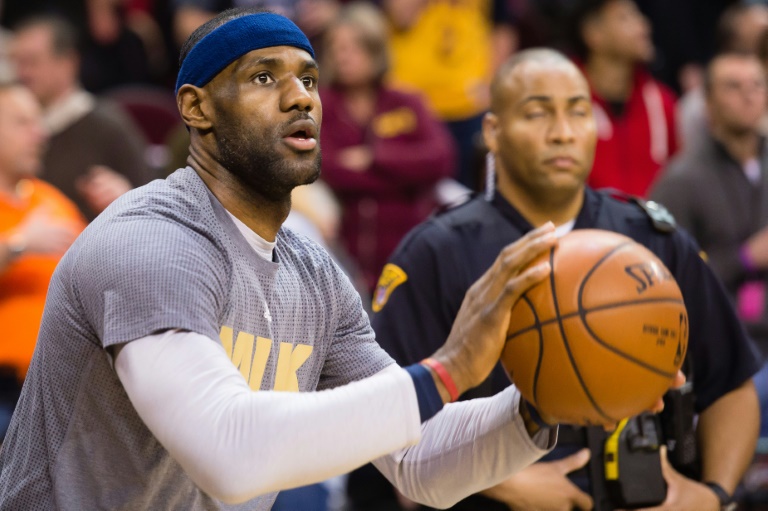 LeBron James fired back at critics who say he orchestrated the firing of David Blatt as coach of the Cleveland Cavaliers to have his own favored choice, Tyronn Lue, hired for the job.

“I think it does suck that people want to throw my name in dirt for no particular reason, because of speculation or whatever the case may be,” James said Wednesday.

Four-time NBA Most Valuable Player James returned from the Miami Heat to Cleveland in 2014 only weeks after Blatt’s hiring with a vow to make the Cavaliers a championship club.

They made last year’s NBA Finals, losing to Golden State, but Blatt was dropped last week after two wins following the Cavaliers’ 132-98 home loss to Golden State. It was the first time in NBA history a conference-leading club fired its coach.

James denied any knowledge about the firing before the team was told and general manager David Griffin said there was no need to consult anyone because he could see the problems between Blatt and his players.

But the firing of Blatt, an Israeli citizen who led powerhouse Maccabi Tel Aviv to a European title, was taken especially hard by Israeli NBA fans, who hold James responsible.

James said his superstar status combined with a contract that makes him a free agent after this season in order to maximize his salary benefits from a new NBA television contract do not mean he makes the team’s major decisions.

“I’ve never, in my time since I picked up a basketball, ever undermined a coach, ever disrespected a coach,” James said after a workout. “And I’m not the owner of a team, I’m not the GM of a team. I’m the player of a team.”

James said he was wrongly accused because of a history of being outspoken with former coaches Paul Silas, Mike Brown, Erik Spoelstra and Blatt, who had never coached in the NBA before taking over at Cleveland.

“People get it so misconstrued because I’m a smart basketball player and I’ve voiced my opinion about certain things, which I did when I was here my first stint with Paul Silas and Mike Brown,” James said.

Possible undermining of Blatt by James has been an issue since last season, when there were clear signs of friction between the two men during the Cavs finals run.

On an Israeli radio station, Heat minority owner Raanan Katz said James made it clear during his tenure in Miami that “he wanted to dump head coach Erik Spoelstra.”

The Heat denied that was the case and Katz said the Hebrew to English translation was incorrect.

James denied he even knew Katz and said outside perception is not reality inside a team or an organization.

“What do you guys want me to do, turn my brain off because I have a huge basketball IQ? If that’s what they want me to do, I’m not going to do it because I’ve got so much to give to the game,” James said.