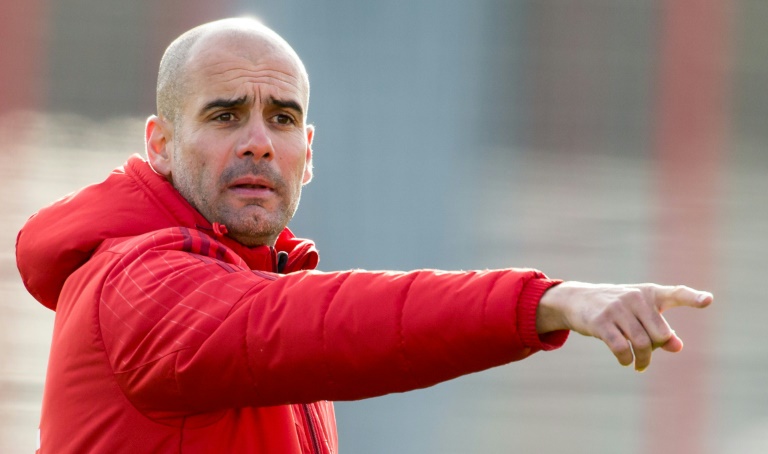 There are reports of unrest in the Bayern Munich squad with magazine Kicker quoting a player saying the atmosphere is “not good” ahead of Pep Guardiola’s departure.

Bayern are in rude health in the Bundesliga table with the Bavarian giants eight points clear and on course to win a record fourth straight league title.

But off the pitch, there are rumours Guardiola is losing the dressing room having announced last month that he will leave at the end of the season after three years in Munich.

The Spaniard has said he wants to coach in England next season, but wants to sign off with the treble of Champions League, Bundesliga and German Cup titles.

But Guardiola, 45, has come under pressure after centre-back Jerome Boateng last Friday became the 14th Bayern player to pick up an injury this season.

The renowned doctor resigned after Bayern’s medical staff was blamed for the 3-1 loss to Porto in the last 16 of the Champions League before the club was later knocked out in the semi-finals.

The current medical staff have struggled to get the likes of stars Mario Goetze, Medhi Benatia and Franck Ribery fit this season.

In December, France winger Franck Ribery picked up a fresh leg injury, just weeks after coming back from a persistent ankle problem.

Ribery should be back next week, but Bayern has only said Boateng will be out for a “long time” with fears the star defender could miss the next three months.

He is Bayern’s third defender currently sidelined along with Benatia and Rafinha, while Juan Bernat and Javi Martinez have just returned.

Germany star Thomas Mueller joked the squad has a ‘disease of the boot’ after last Friday’s 2-1 win at Hamburg saw Boateng become the latest sidelined player.

Another possible reason for discontent emerged when Arjen Robben admitted to Dutch television last month that he was ‘annoyed’ by Guardiola’s decision to leave.

He is unlikely to be the only Bayern star irritated by the Spaniard going public about his departure with only half the season gone.

“I’m annoyed about it. It’s a real shame,” Robben told Dutch television station NOS with Carlo Ancelotti set to take over as Bayern coach next season.

Bayern host strugglers Hoffenheim on Sunday in the league, then face Bayer Leverkusen, Bochum in the cup Augsburg away, then play mid-table Darmstadt at home.

They play Juventus in Turin on February 23 in the last 16 of the Champions League with the return leg in Munich on March 16.