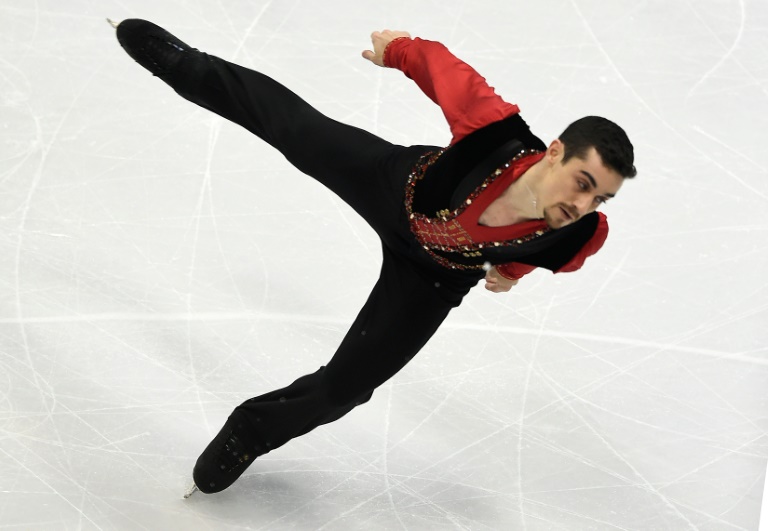 Dressed as a matador for his short program, Spain’s three-time defending champion Javier Fernandez dominated the opposition at the European figure skating championships on Wednesday.

Russia’s Maxim Kovtun was a massive 14.45 points adrift in second on 88.09 points and Michal Brezina of the Czech Republic third on 84.30, meaning Fernandez should claim a fourth straight European title with the free program coming on Thursday.

Moscovite Medvedeva did not reach the heights she soared to in her recent victory at the prestigious Barcelona Grand Prix but nailed three triple toe loops before then blowing a double axel.

Judges awarded the 2015 junior world champion 72.55 points for the short program, performed with extreme elegance to “Melodies of the White Nights”, by Isaac Schwarz.

“Basically I did my job, but I could have done better. Overall Iâ€™m pleased, because I fought through it. This is my debut at the European Championships and I was a bit more nervous than usual,” the 16-year-old said in English after her performance.

Contestants must perform a set group of figures in the short routine and the brunette is now expected to face a serious challenge from Radionova (70.96) in the free program on Friday.

“I am very happy with my skate today, especially because I upped the difficulty (by changing a planned triple loop to a triple flip),” the 17-year-old Radionova said after her technically difficult choice performed to “Je tâ€™aime” by Lara Fabian.