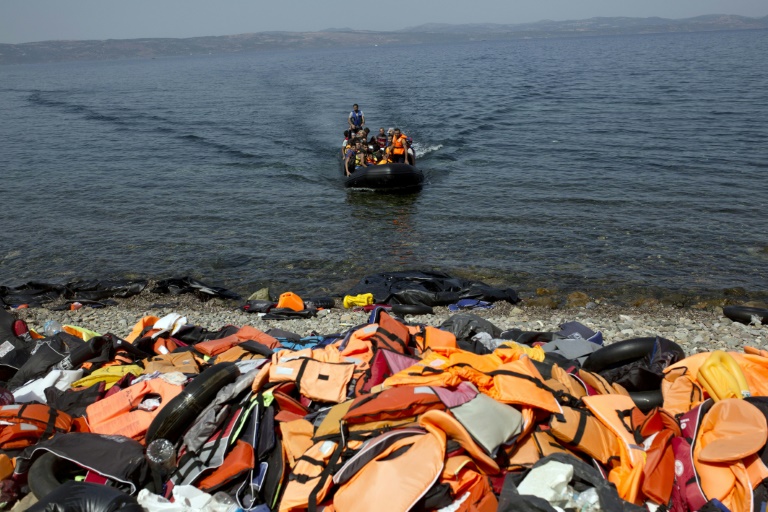 Seven migrants drowned trying to reach Greece on Wednesday, as the European Union blasted Athens for its handling of the crisis, saying it had “seriously neglected” its duty to protect the bloc’s borders.

The European Commission said Greece could face border controls with the rest of the EU’s passport-free Schengen zone if it fails to secure its exterior borders, with thousands of migrants still landing on Greek beaches from Turkey day after day.

“The draft report concludes that Greece seriously neglected its obligations and that there are serious deficiencies in the carrying out of external border controls that must be overcome and dealt with by Greek authorities,” Commission Vice President Valdis Dombrovskis told a press conference.

The highly critical draft report found Greece was failing to properly register and fingerprint migrants, with security concerns still high after revelations that two jihadists behind November’s Paris attacks slipped into Europe by posing as refugees.

Its findings pile further pressure on a country that has been fending off calls that it should face possible suspension from the 26-country Schengen zone, a cherished symbol of European unity.

The report could pave the way for Brussels to authorise EU members to exceptionally extend border controls within the Schengen area — including with Greece — for up to two years, instead of the normal six months.

Greece blasted the report as “unconstructive”, accusing its EU peers of trying to shift blame instead of coming up with a joint solution to the continent’s worst migration crisis since World War II.

“This tactic of diverting responsibility is not an effective response to a problem of historic dimensions, which requires joint action,” said government spokeswoman Olga Gerovassili.

Greece “is doing everything it can to respect its obligations, and we expect everyone else to do the same,” she added.

Greek junior migration minister Yannis Mouzalas told AFP the situation had changed since the EU carried out its inspection for the report at the Turkish land border and on several Greek islands.

“This report dates from November but important work has been carried out since then. The next reports will be very different,” he said.

The bitter wrangling came as rescuers found the bodies of seven drowned migrants, including two children, after their boat sank near the Greek island of Kos — just five days after 45 people drowned in the Aegean Sea on Friday.

Flimsy boats packed with migrants are arriving on Greek beaches every day, with the passengers — mostly fleeing conflict in Syria, Iraq and Afghanistan — undeterred by cold wintry conditions.

The UN says more than 46,000 people have arrived in Greece so far this year, with more than 170 people killed making the dangerous crossing.

In Brussels, Dombrovskis said that if a majority of the 28 EU member states adopt the Commission’s report, it will draw up a plan for shoring up Greece’s borders, especially its sea frontier with Turkey.

“Greece will then have three months to implement remedial actions,” Dombrovskis said.

“If necessary remedial actions are not being taken there is a possibility… which would allow member states to temporarily close their borders.”

In the last few months, Austria, Germany, Denmark, Sweden, France and non-EU member Norway have all introduced six-month temporary controls in a bid to contain the influx.

Greece is not the only country under fire over its handling of the migrant crisis, with Denmark facing criticism Wednesday after its lawmakers passed a bill allowing authorities to seize valuables from refugees.

Some likened the move to the Nazis’ confiscation of gold from Jews during the Holocaust, with Human Rights Watch denouncing the bill as “despicable”.

Pia Prytz Phiri of the UN’s UNHCR refugee agency said it was “outrageous and potentially also a violation of international law.”

The government insists the law is needed to stem the flow of refugees.