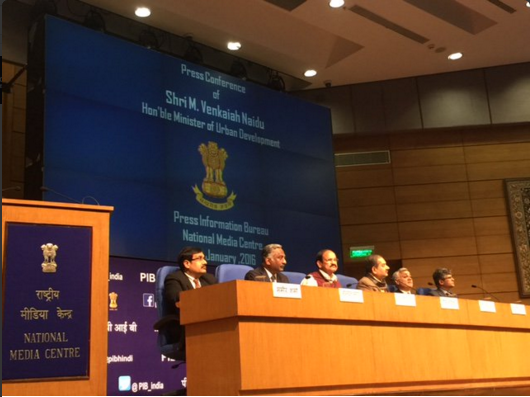 The government of India has announced the first 20 winners of the #SmartCityChallenge. Smart Cities. Bhubaneswar, Pune and Jaipur are the top three cities to make it to the list of winners.

The urban ministry of development had received 97 cities from all the state governments. These selected cities will be equipped with basic infrastructure, efficient urban mobility and public transport, IT connectivity and e-governance mechanisms.

Congrats to winners of #SmartCityChallenge. I wish the cities the very best as they move forward with implementation & transform urban India

I thank all those who took part in the comprehensive deliberations on various forums to decide winners of #SmartCityChallenge. @IndiaCities

Here are a few facts on Smart Cities

In order to get the ‘Smart City’ tag the city has to have the following – service levels, infrastructure and a good track record.

Also Read: Is my city smart?

After the first 20 are announced, the rest of the cities will be asked sort themselves out and focus on their short comings and prepare for the second round.

Each state will get at least one Smart City, which in PM Modi’s words translates to “Very high quality of life comparable with any developed European city”.

During the process, each state was given a certain amount of smart cities. The allotment of the Smart Cities was based on factors such as urban population and other factors.

Uttar Pradesh being the most populous state will get the maximum number of smart cities – 13, followed by Tamil Nadu 12, Maharashtra 10; Madhya Pradesh seven, Gujarat and Karnataka will have six each.

Rs 3 lakh crore will be spent in the next five years for developing towns in order to provide world class infrastructure, sustainable environment and smart solutions.

The Following are the first 20 Smart Cities