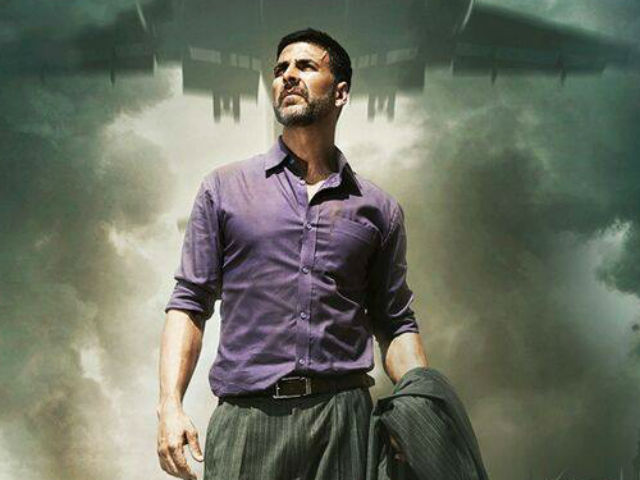 My critical comments stemmed from the manner in which the MEA was portrayed in the film : bumbling, stereotypical I-am-a-bureaucrat-ergo-I-am-not-born-to-serve-but-tend-to-my-own-interests, and hopelessly out-of-sync with the march of history.

“Joint Secretary” Kohli who of course comes off as a well-intentioned and helpful official hardly looks or acts like a Joint Secretary to the Government of India ( who is key to policy-making within the government) but is sunk in a morass of files with only his tiffin carrier and cup of tea (whose rim he carefully wipes) as solace. Of course, he grows in heroic stature as the movie progresses but the system he represents is still shown as rather crass and indifferent. You will have visited Joint Secretaries in South Block to observe the eminence of position and dignity of office that they enjoy. Joint Secetaries sit in solitary splendour in impressive offices not in sections surrounded by files – surely the film makers could have come up with a more realistic setting.

.@AirliftFilm: Great entertainment but rather short on facts 🙂 Here's our take https://t.co/Ik6S9ZLHR6

To portray the Embassy in Kuwait as having been evacuated of all staff and officers is not correct. Only non-essential staff and of course families would have been evacuated. The Ambassador and his core team would have stayed on (as indeed they did as corroborated in Ambassador Fabian’s account). The portrayal of the Ambassador in Baghdad is also ridiculous. Ambassador Kamal Bakshi was one of our brightest and most competent diplomats (he served in the PMO of Indira Gandhi) and I cannot imagine him offering the hero a Baghdadi biscuit as consolation with the salvo that there was little he could do to help stranded Indians. Further the depiction of the then Foreign Minister, (I.K. Gujral) as a person with little time for suffering Indians in Kuwait is totally off the reservation. Mr. Gujral, although he went to Baghdad and embraced Saddam, was there with the express purpose of finding a way to effect the evacuation of our nationals in Kuwait and was very much involved with the whole process.

I am totally aware of the fact that this was not a documentary and that a feature film comes with the license to interpret historical events in order to present an interesting and compelling narrative. But I was disappointed with the lack of attention to some crucial details in depiction of the government and its role – surely, MEA could have been consulted by the producers for their inputs? That would have made for a much more credible account.

That’s my two cents worth of comments on the film!

The way Bollywood films go, this was not a bad film at all, but that still does not take away from the fact that the treatment of MEA was deeply troubling. Maybe, MEA needs to be a little more out there in helping craft a better narrative of its achievements! ”

Also Read: The true story of Modi-Nawaz meet and why Barkha Dutt got it wrong

(The author is a former Foreign Secretary of India and is an accomplished singer, excerpts from her FB post, the views expressed are personal)