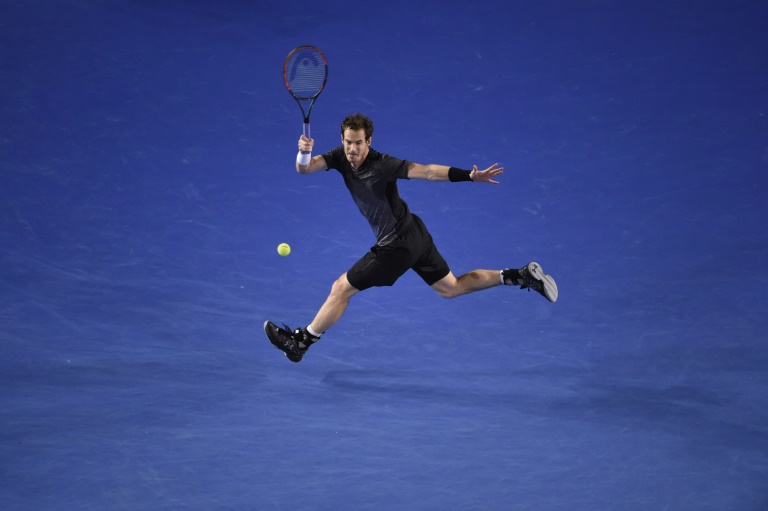 Andy Murray goes up against tough Spaniard David Ferrer at the Australian Open on Wednesday, looking to master him for a sixth straight time and make the semi-finals.

The world number two was distracted by his father-in-law Nigel Sear’s collapse at the tournament on Saturday, an incident which prompted him to consider pulling out.

But with Sears given a clean bill of health Murray, whose wife Kim Sears is heavily pregnant, will hope for no more nasty surprises as he gears up for Ferrer, an opponent he knows well.

“He works extremely hard. He’s in good shape. He fights so hard in every single match,” Murray said of the intense Ferrer, seeded eight.

“He’s been rewarded for that with an unbelievably consistent career at the top of the game.”

If the Scot prevails it will mark his sixth Melbourne Park semi-final in the last seven years. He pressed on to the final four times but finished runner-up every time.

At stake is a last-four clash with either Canada’s big-serving Milos Raonic, who upset 2014 champion Stan Wawrinka in the last round, or Gael Monfils.

The French showman is nursing a deep cut and bruises after a trademark acrobatic dive in the fourth round, but Raonic knows he has a tough test.

“I have to make him feel uncomfortable. Not let him get into his sort of playing comfort,” said the Canadian, whose form has earned him the prestigious prime-time match on centre court.

“If I can sort of keep up with the efficiency moving forward, I’ll have definitely some opportunities.”

Victoria Azarenka has also been in ominous form as she looks to add to the titles she won here in 2012 and 2013 before injury troubles marred the last two seasons.

“I’ll just give it my best and I’m sure she’ll do the same,” said the Belarusian, seeded 14, who has a 6-0 record over Germany’s Kerber.

Zhang has been a surprise package at Melbourne Park, entering as a qualifier who has lost all 14 previous Grand Slam draws in the first round.

She booked her place against Konta — the first British woman to reach the Australian Open last eight since Jo Durie in 1983 — by beating injured 15th seed Madison Keys.

The only other British women to get as far were Virginia Wade, who won in 1972, and Sue Barker who made the semis twice.

World number one Serena Williams is already through to the semi-finals, where she faces Polish fourth seed Agnieszka Radwanska on Thursday.