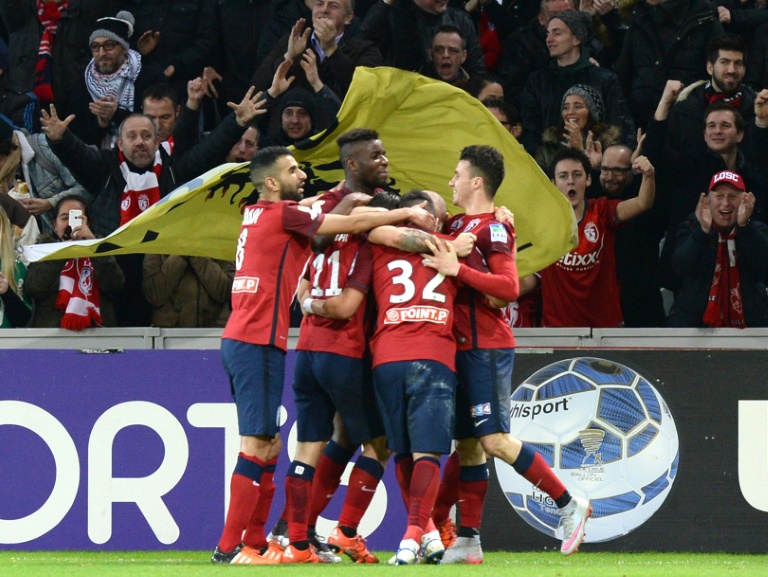 Lille eased past an error-strewn Bordeaux 5-1 on Tuesday to secure their first ever appearance in a French League Cup final.

Their opponents in the April 23 final at the Stade de France will be the winner of Wednesday’s semi-final between Paris Saint-Germain and Toulouse.

Three-time winners Bordeaux were the form side going into the last four tie at Lille’s Stade Pierre-Mauroy.

Willy Sagnol’s team arrived unbeaten in 11 matches in all competitions after a late show rescued an unlikely point against Nantes at the weekend.

They were dumped out of the French Cup by fourth-tier Trelissac and suffered the ignominy of becoming the first team to lose to Troyes in the league this term.

But it was Lille who raced into a seventh minute lead when after good work by Florent Balmont on the left Djibril Sidibe crossed to Yassine Benzia who capitalised on a collision between Diego Contento and goalkeeper Jerome Prior to score from six yards.

On 23 minutes, Lille had the ball in the back of the net again only for Sidibe’s effort to be ruled offside.

Bordeaux drew back level ten minutes later after Lille defender Bakary Soumaoro lost possession, with Clement Chantome arriving quickly on the scene to fire between the legs of Vincent Enyeama.

Lille, who had fallen at this stage in 2013 to Saint-Etienne and last season to PSG, wrapped up the tie as half-time approached.

First Bordeaux defender Ludovic Lamine Sane inadvertently put them back in front when he lobbed helpless Prior shortly after replacing Andre Biyogo Poko.

Then Soumoaro connected with Renato Civelli’s header following a free kick to send Lille heading for the final.

Eric Bautheac added the fourth near the hour mark with Soufiane Boufal putting the finishing touches to a memorable night for the hosts in the third minute of injury time.

On Wednesday, PSG continue their quest for a domestic treble when they meet Toulouse for the third time in just eleven days.

Having already knocked Dominique Arribage’s men out of the French Cup and beaten them in the league in the last fortnight, PSG will be looking to complete a quick-fire hat-trick of wins in their League Cup semi-final at the Parc des Princes.

Laurent Blanc’s side are going for a third successive League Cup success and with the league title all but sealed already, they can afford to focus on the three cup competitions.