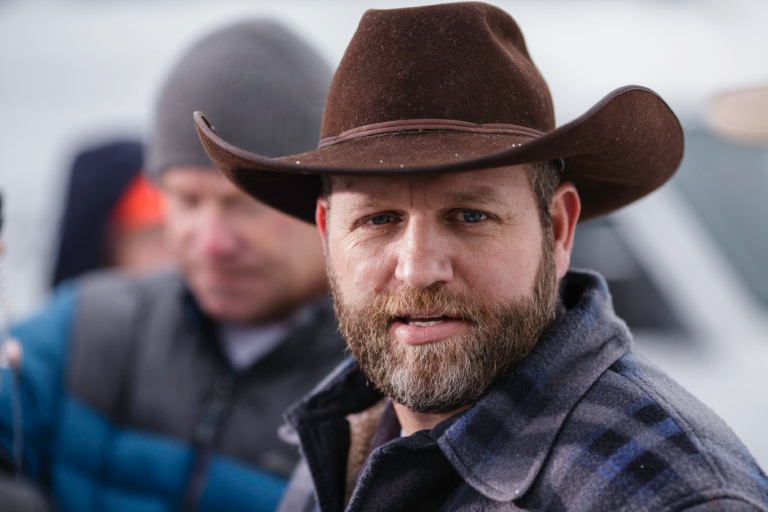 One person was killed and several others arrested in the US state of Oregon in a Tuesday shootout between police and anti-government gunmen that had been occupying a federal wildlife refuge.

The FBI said that Ammon Bundy, the rancher who led the January 2 occupation in the northwestern state, was among five people arrested when federal agents and state troopers stopped vehicles carrying the activists on a remote ice-covered highway.

Bundy, 40, faces a federal felony charge “of conspiracy to impede officers of the United States from discharging their official duties through the use of force, intimidation, or threats,” the FBI said in a statement.

During the arrest operation “there were shots fired,” the statement read.

Authorities did not immediately identify the dead person, who The Oregonian newspaper said was group spokesman Robert “LaVoy” Finicum.

The FBI said another person “suffered non-life threatening injuries” and was rushed to a local hospital before being arrested.

The group was stopped on the highway while traveling in two vehicles, CNN reported.

The Bundy bothers are the sons of Cliven Bundy, 69, a racist, vitriolic anti-government activist who in 2014 engaged in an armed standoff with federal authorities over unpaid cattle grazing fees at his Nevada ranch.

Cliven Bundy confirmed LaVoy Finicum’s death on his Facebook page, saying that he “was Shot and murdered in Cold blood today in Burns Oregon” (sic) by the FBI and state police.

The FBI has scheduled a 1830 GMT press conference to give details on the arrests.

The rural site the protesters took over, the Malheur National Wildlife Refuge, is located some 30 miles (48 kilometers) away from the nearest town — Burns, which has a population of 3,000.

Another militant leader, 32 year-old Jon Ritzheimer, surrendered to police in the southwestern state of Arizona on the conspiracy charge, US media reported.

It was not immediately clear if the string of arrests would end the standoff.

Malheur Refuge occupier Jason Patrick told The Oregonian that the site quiet, but added cryptically that “we’re all standing here ready to defend our peaceful resolution.”

Local radio reports said that neighbors were being urged to leave the area around the refuge.

Last week some 30 people, including women and children, were at the site, but it was unclear how many were present on Wednesday.

“The situation in Harney County continues to be the subject of a federal investigation that is in progress,” she said. “I ask for patience as officials continue pursuit of a swift and peaceful resolution.”

The gunmen originally took over the Malheur federal reserve in protest over the jailing of two local ranchers, Dwight Hammond and his son Steven, who were convicted of arson.

The Hammonds however distanced themselves from the movement and voluntarily began their scheduled prison sentences after the occupation began.

Several members of the local community, notably the Oregon Cattlemen’s Association, had condemned the takeover of the reserve, while expressing sympathy for the Hammonds.

On January 11, the protesters destroyed fencing surrounding the reserve.

Ammon Bundy has said they were acting at the request of a rancher who wanted to graze his cattle on the property.