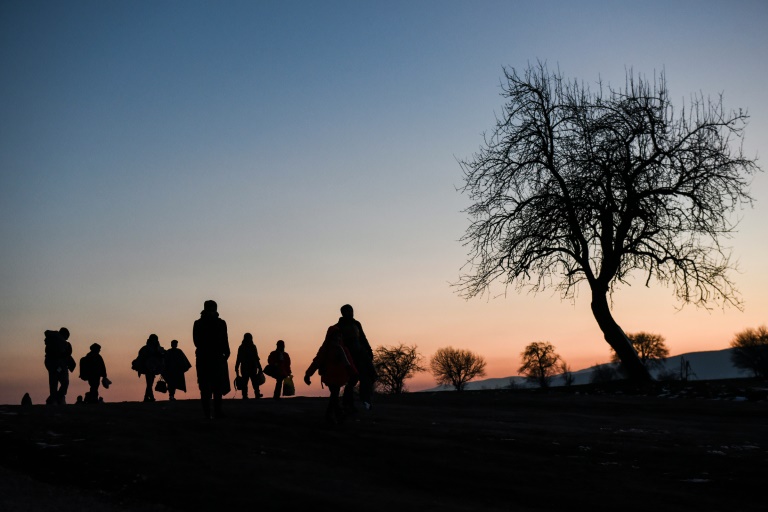 The EU on Tuesday mulled allowing states in the passport-free Schengen zone to reintroduce border checks for up to two years to cope with the migration crisis, in what would be a blow to a cherished pillar of European unity.

At a meeting in Amsterdam on Monday, EU interior ministers had asked the European Commission — the executive arm of the 28-nation European Union — about extending the checks.

More than one million people headed to Europe in search of new lives last year, most of them refugees fleeing conflict in Syria, Iraq and Afghanistan in the continent’s worst migration crisis since World War II.

“If the situation does not change there could indeed be justifications under public order and security reasons to maintain internal controls at internal Schengen borders,” said Natasha Bertaud, the Commission’s spokeswoman on migration.

“We want to be prepared so we are pursuing the options that could be available to us under article 26 if and when we need to activate them.”

Article 26 of the Schengen code allows members of the 26-country zone, which includes most EU countries, to reintroduce internal border controls for a maximum of two years in exceptional circumstances.

In the last few months, Austria, Germany, Denmark, Sweden, France and non-EU member Norway have all introduced temporary controls over the migrant crisis, but with a limit of six months.

The member states are required to inform the commission, which reviews whether they meet the criteria for reintroducing controls.

“We know the migratory flows are not going to be subsiding soon and as the weather changes are even likely to increase again,” Bertaud said.

Greece is under particular pressure from other EU nations to do more to stem the flow, as the landing point for around 80 percent of the migrants.

As the Czech Republic and Slovakia on Tuesday became the latest countries to pile the pressure on Athens, Greece’s interior minister for migration Yiannis Mouzalas said closing borders would not fix the crisis.

“There is a worrying tendency among our partners to start justifying the closing of borders, which would be a total failure of Europe,” Mouzalas told AFP.

The introduction of the temporary controls has raised fears that the Schengen zone — a symbol of European unity, freedom and prosperity that allows travel without passports or visas — could collapse.

There has been rising concern that Greece could be effectively frozen out of Schengen, with Austrian Interior Minister Johanna Mikl-Leitner warning last week that Athens could face “temporary exclusion” from the zone.

But EU Migration Commissioner Dimitris Avramopoulos moved to calm the fears on Tuesday, writing on Twitter: “We are not speaking about the suspension of Schengen or the exclusion of a member.”

The Czech Republic has invited regional neighbours Hungary, Poland and Slovakia to a special summit on February 15 to discuss the crisis.

Fico, a leftwinger known for his anti-immigrant rhetoric, said the EU was committing “ritual suicide” with its migration policy.

The EU is already due to discuss the migration crisis at a summit of leaders in Brussels on February 18-19, although the issue could be overshadowed by negotiations over Britain’s EU reform demands.

Meanwhile, the Commission warned of possible steps against Pakistan if it fails to comply with a deal on deporting migrants of Pakistani origin.

Pakistan was one of the top five countries of origin among the one million migrants who arrived in Europe last year, although most are considered economic migrants rather than refugees from conflict.

“The Commission is currently examining possible incentives — positive and negative — so that this accord is applied properly,” Bertaud said.

In December, Pakistan sent back at least 30 undocumented migrants that Greece was trying to repatriate after saying Greece had failed to provide adequate proof that they were Pakistani, a claim later disputed by the EU.