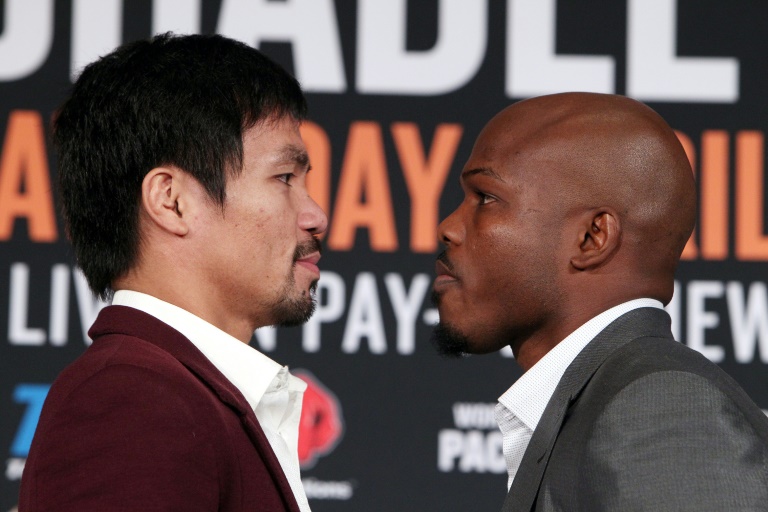 Veteran boxing promoter Bob Arum believes Filipino legend Manny Pacquiao may reconsider retirement after his final fight against Timothy Bradley, and declared Wednesday he would “love” to see a rematch with Floyd Mayweather.

Pacquiao insists he will step away from the ring after the third and final instalment of his rivalry with Bradley in April.

The 37-year-old is planning to run for a seat in the Philippines’ senate later this year after already serving as a representative in the country’s congress.

“I’m so happy to be hanging up my gloves after this fight,” Pacquiao told a press conference in Los Angeles a week ago.

But Arum thinks that could all still change.

“Once that bell rings for that final round, Manny Pacquiao’s going to rethink it and who knows if he decides to return?” he told AFP in Hong Kong.

“I’ve been in this boxing business for 50 years and I know that fighters retire and other than, say, Rocky Marciano, they come back,” said the 84-year-old Arum.

“Will it be Manny’s last fight? I’m not ready to guarantee that,” added Arum, who also hinted at a rematch for the Filipino against Mayweather, who himself retired after their mega-fight in Las Vegas last May.

“I’d love to see a Mayweather-Pacquiao second fight, of course I would,” said Arum. “The first fight was by far the most lucrative in the history of boxing.

“But Mayweather has to un-retire, Manny has to decide whether or not he’s elected to the senate and he’ll do the rematch, so we’ll have to see.

“You know, I’m done predicting what athletes are going to do.”

Bradley’s WBO welterweight title will be on the line in the April 9 bout at Las Vegas’s MGM Grand, in the third meeting of the two fighters.

Arum confirmed that Tso would fight South Korea’s Young Gil-Bae in May in Hong Kong for an Asian regional title.

A high-ranked contender would follow in September and, if successful, Tso would get a shot at becoming Hong Kong’s first boxing world champion in December against the WBA super flyweight champion, currently Japan’s Kohei Kono.

The deal signals the end of Arum’s tie-up with the nearby resort city of Macau, where he has promoted eight casino-based shows in the past three years, including two multi-million dollar Pacquiao fights.

Macau has been hit hard by China’s high-profile corruption crackdown which has kept high rollers from the gaming tables and saw casino revenues in 2015 fall to a five-year low.

“We thank Macau for hosting boxing and bringing it on a tremendous basis to this part of the world,” said Arum.

“But we know there is not the same appetite for events there as in prior years,” admitted Arum.

“If you’re not going to get that type of support from the casinos in Macau, it is logical to bring the events to where the people are — and that’s Hong Kong,” he added.