Home Sports 22-all for Djokovic, Federer ahead of Australian Open semi 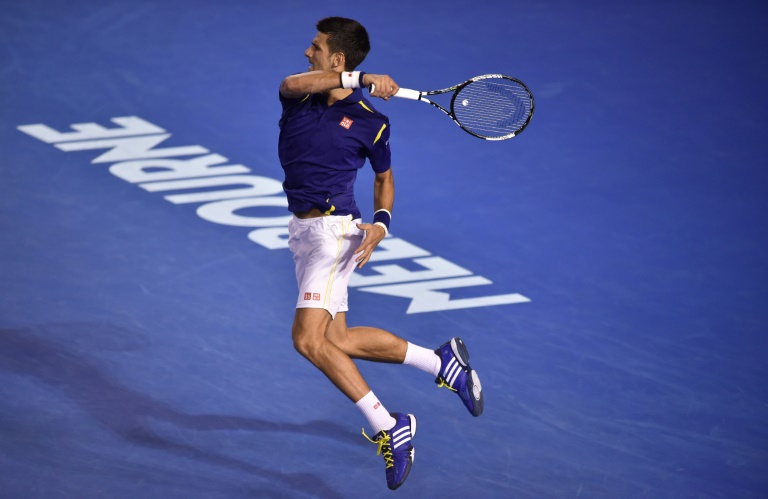 One of the great tennis rivalries resumes at the Australian Open on Thursday, once again posing the question whether ageing Roger Federer still has it in him to master Novak Djokovic.

The Serbian world number one, coming off an astonishing 2015 season which fell only one win short of a calendar-year Grand Slam, is zeroing in on a sixth Australian title in Melbourne.

Federer, at 34, is in the twilight of an imperious career including his all-time men’s tennis high of 17 Grand Slam titles, and still has the game to remain in the men’s top three.

Thursday’s semi-final will be their 45th meeting in a head-to-head which is on a knife-edge at 22 wins each. Federer has lost their last three Grand Slam encounters, but still yearns for his elusive 18th major.

The Swiss legend’s last major win was at Wimbledon in 2012, and since then Djokovic has accumulated five of his 10 Grand Slam titles, plus another five finals appearances.

“It’s part of the reason why I’m still playing. I feel like I’m competitive at the top. I can beat all the guys on tour,” said the Swiss, after trouncing Tomas Berdych in the quarter-finals.

“It’s nice now that in the last three Slams I’ve been as consistent as I have been. I’m playing good tennis, fun tennis for me anyway.

“So I’m very pleased. It would mean a lot to me, no doubt about it.”

Federer will be the sentimental favourite with the Australian crowd, who revere the Swiss for his past exploits on Rod Laver Arena where he has won four Australian crowns.

But Djokovic will be looking to step up after being taken to five draining sets by methodical Frenchman Gilles Simon, and only spasmodically producing his best against a misfiring Kei Nishikori in the quarters.

“Any round (against Federer) feels like a final because of the fact that we are big rivals,” Djokovic said.

The world number one, with six-time slam champion Boris Becker in his camp, knows he has to produce his best tennis to beat arguably the greatest player of all time.

“Roger is playing really terrific tennis in the last two years. We played two Grand Slam finals last year,” he said. “I know very well how good he plays, especially in the later stages of a major event.

“He always makes you play your best. My best is what is going to be necessary to win against him. Hopefully I’ll be able to deliver.”

Federer is constantly seeking ways to rejuvenate his game to stay among the elite and this year he added former world number three Ivan Ljubicic to his coaching team, joining long-time mentor Severin Luthi.

Djokovic is noticing the different emphasis in Federer’s game under the new regime.

“It’s obvious he’s a very complete player. He’s trying lately to come to the net more, kind of shorten up the rallies. He definitely has the game for that,” the Serb observed.

“He’s got a great variation from the backhand side with the short slice. He’s got great defence, amazing offence. He’s very complete.

“He puts constant pressure on the opponent. You have to be aware at all times.

“You’ve got to be tough. You’ve got to be concentrated. You have to be on the top of your game because he hasn’t really dropped the level at all I think in the last seven, eight years that I’ve been playing against him on the top level.”