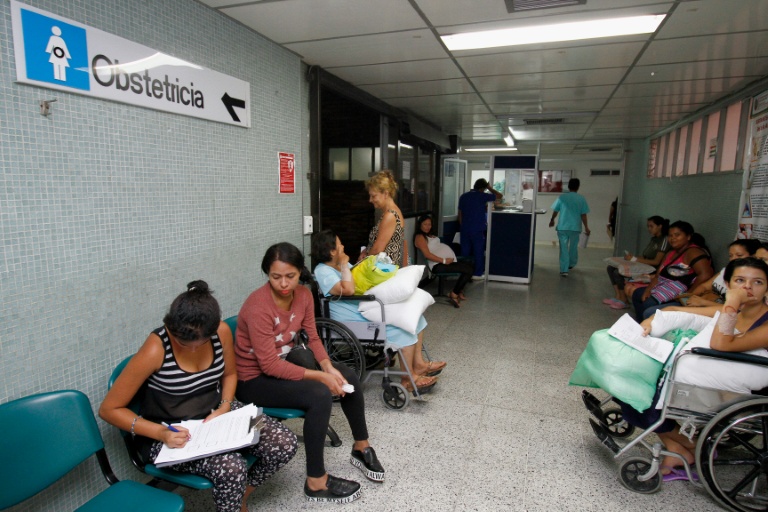 Don’t get pregnant for the next two years.

That is the warning El Salvador’s government has issued women as Zika, a tropical virus blamed for causing severe birth defects, sweeps Latin America and the Caribbean.

But a spate of such recommendations from health officials in several countries has drawn derision in a region where activists say women have little control over their bodies in the first place.

Since Zika, a mosquito-borne, flu-like disease that originated in Africa, arrived in Latin America last year, there has been a rampant increase in babies born with microcephaly, or abnormally small heads, a birth defect that can cause brain damage and death.

Brazil has been hit hardest: microcephaly cases in the country surged from 163 per year on average to 3,893 after the Zika outbreak began.

Forty-nine of those babies have died.

“If I hadn’t already been pregnant when the information spread, I would have definitely postponed it so I wouldn’t have to go through all this stress,” said Manuela Mehl, who is 16 weeks’ pregnant, in Rio de Janeiro.

“Obviously, you’ll take care of your baby as best you can, but raising a child with neurological problems requires a lot of attention and dedication on the parents’ part… It’s a very difficult situation. It’s difficult to even think about.”

Fearing a generation marred by high rates of severe disability, several health ministries in the region have called on women to postpone pregnancy.

Colombia, where 11,613 people have been confirmed as infected with Zika and some 100 babies born with microcephaly, issued the same recommendation as El Salvador, but for a period of six months. El Salvador has 5,397 cases of Zika.

Ecuador warned women in “at-risk” areas against getting pregnant indefinitely. Jamaica, which has not detected any cases of the virus but warns it could be next, advised putting off pregnancy for six to 12 months.

The advice has been mocked in some quarters and in others criticized as out-of-touch for a region plagued by high rates of violence against women, where many countries outlaw abortion and access to family planning is limited, especially for the poor.

“There needs to be an information campaign for women who are currently pregnant about the risks and the options,” she told AFP, calling the public health epidemic a “tragedy” but also an opportunity to improve sex education in the region.

Salvadoran authorities have since limited their recommendations to telling schoolgirls to wear pants instead of skirts to avoid mosquito bites.

Criticism has also erupted in Colombia, which offered no concrete advise on how to avoid pregnancy.

For women who are already pregnant, there are few options in the affected countries.

Abortion is legal in Colombia and Ecuador only if the mother’s life is in danger — the case for many Latin American countries.

El Salvador’s laws are more restrictive: Abortion is outlawed in all instances and punishable by up to 40 years in prison.

“The threat Zika poses during pregnancy creates a complex problem: The number of clandestine abortions is going to increase, but also the number of women jailed for aborting,” said Salvadoran activist Angela Rivas.

El Salvador’s anti-abortion law drew international condemnation in 2013 when a 22-year-old woman named Beatriz whose fetus developed without a brain was refused permission to terminate her pregnancy.

After the Inter-American Court of Human Rights intervened, she was allowed to have an early term Cesarean section. The baby quickly died.

“Once again, it is time to open the debate on decriminalizing abortion,” said Rivas.