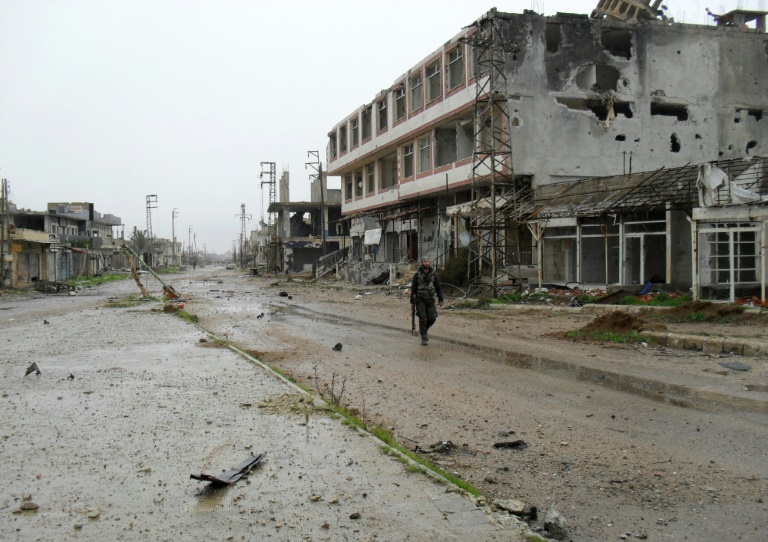 The United Nations on Tuesday sent out invitations to new Syria peace talks in Geneva this week, as leading opposition representatives debated whether to attend.

The invitations went out as regime forces backed by Russian warplanes seized a rebel town in southern Syria, in their latest victory since Moscow began an aerial campaign in late September.

UN Syria envoy Staffan de Mistura’s office said it had issued invitations to the talks, which are scheduled to begin on Friday, but without saying who had been invited.

The talks have already been delayed from a scheduled start on Monday over who will represent the opposition.

The High Negotiations Committee, a body representing key opposition groups and factions, insists it should be the sole opposition delegation.

But several opposition figures who do not belong to the body told AFP on Tuesday they had been invited to the talks.

The HNC was meeting in Riyadh to debate whether it would attend.

A source close to the meeting confirmed the body had received invitations to Geneva, but said discussion over whether to participate was ongoing.

“The response will be a request for clarifications and not an acceptance or rejection,” he told AFP, adding that the body wanted to know who else had been invited and under what terms, as well as what would be discussed.

Another source close to the meeting said the talks on whether to attend would continue Tuesday and possibly into Wednesday.

Several opposition figures who are not part of the HNC said they have been invited.

“I am on my way to Geneva after receiving an invitation,” said Qadri Jamil, a former deputy Syrian prime minister who was sacked in 2013 and has good ties with Russia.

And Haytham Manna, a longstanding opposition figure who is co-chair of the political wing of a Kurdish-Arab alliance, also said he had been invited.

“I received an invitation to participate in the talks as a negotiator,” he told AFP.

It remained unclear whether Syria’s most powerful Kurdish party, the Democratic Union Party (PYD), had received an invitation.

The group is not part of the HNC, and leading opposition backer Turkey has said it will boycott the talks if the PYD is invited.

Ankara considers the party and its armed wing to be an offshoot of the banned Kurdistan Worker’s party (PKK), which has waged a bloody insurgency in the mainly Kurdish southeast of Turkey since 1984.

“There cannot be PYD elements in the negotiating team. There cannot be terrorist organisations. Turkey has a clear stance,” Turkish Foreign Minister Mevlut Cavusoglu said Tuesday.

But earlier Russia’s Foreign Minister Sergei Lavrov warned that the talks “cannot achieve the results we want, a definitive political resolution in Syria”, if the PYD is excluded.

French Foreign Minister Laurent Fabius said earlier there were “very difficult questions to resolve about the composition of the delegations” at the talks.

But he insisted that “there is one simple rule, one party cannot demand the make-up of another delegation”.

The talks in Geneva are the latest international attempt to end Syria’s conflict, which has killed more than 260,00 people since it began with anti-government protests in March 2011.

They are part of a UN-backed plan agreed last year that envisages negotiations, followed by the creation of a transitional government, a new constitution, and elections within 18 months.

Delegations are expected to engage in “proximity talks”, rather than face-to-face discussions, which will run over six months.

The first round is expected to last between two and three weeks.

Syria’s regime has designated its UN envoy Bashar al-Jaafari as its chief negotiator, with its deputy foreign minister heading its delegation.

Government forces have made several key military gains in recent weeks, as a Russian aerial campaign in support of regime troops bears fruit.

On Tuesday, the army backed by pro-regime militiamen, including from Lebanon’s Hezbollah, took the rebel town of Sheikh Miskeen in southern Daraa province.

The town lies on a vital crossroads between Damascus to the north and the government-controlled city of Sweida to the east.

Its capture is expected to sever a key rebel route to areas under opposition control around the capital.

Elsewhere on the ground on Tuesday, 29 people were killed in a double suicide bombing claimed by the Islamic State group in a government-held district of cental Homs city.