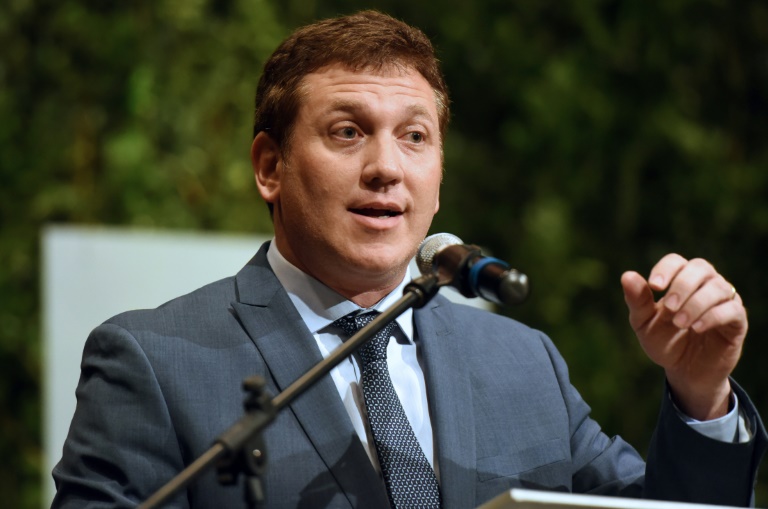 The South American Football Confederation is looking to clean its image after a scandal that saw its headquarters in Paraguay searched this month by investigators probing alleged bribes.

Football chiefs from CONMEBOL’s 10 member countries, gathered at its headquarters near Asuncion, voted unanimously to choose Dominguez, 44, as its new leader until 2019.

“We are turning over one of CONMBEBOL’s saddest pages,” Dominguez said after being elected.

“This is the biggest crisis CONMEBOL has ever suffered, due to managerial irregularities. There must be no more bad practices in the handling of commercial rights.”

Among the others were another Paraguayan former CONMEBOL head, Nicolas Leoz, 87, and its Uruguayan ex-president Eugenio Figueredo, 83.

Leoz is under house arrest in Paraguay and Figueredo is in jail in Uruguay.

Both face requests for extradition over bribery allegations by US authorities which are investigating the scandal.

Napout was released on bail in New York in December.

The suspects are accused of accepting millions of dollars in bribes in return for awarding broadcasting and commercial contracts for football tournaments.

From now on in commercial dealings, “we must do away with intermediaries and negotiate directly with the final buyers,” Dominguez said ahead of Tuesday’s vote.

“The associations and clubs must receive more money.”

The broader scandal in world football’s governing body FIFA has led to the suspension of numerous top officials including its longtime president Joseph Blatter.

CONMEBOL leaders on Tuesday were expected to back Swiss-Italian Gianno Infantino to succeed Blatter.

CONMEBOL’s outgoing interim head, Wilmar Valdez of Uruguay, said in an address that Dominguez “could take up the post of president in an atmosphere of unity.”

Valdez said there was a consensus to elect Dominguez as president “to work to get through this difficult situation.”

“We have to restore to South American football the credibility it deserves.”

Valdez himself stepped out of the running at the last minute, saying a consensus was needed to launch a cleaner new era for CONMEBOL.

On Monday, he called for “the implementation of transparency and oversight measures that guarantee the efficient and rigorous administration” of CONMEBOL.

The confederation is the umbrella group for 10 South American football associations.

Its headquarters had diplomatic immunity from 1992 but that privilege was withdrawn last year after the scandal erupted.

Investigators took away thousands of documents when they searched the offices this month.

A CONMEBOL source told AFP the body would back Infantino when FIFA chooses a new president in Zurich on February 26.

The acting head of European federation UEFA, Infantino also has the support of UEFA’s executive committee.

He faces competition in his run for the FIFA presidency from Sheikh Salman of Bahrain, who has the likely backing of African countries for his bid.

Another FIFA candidate is Prince Ali of Jordan, who like Infantino was due to attend the CONMEBOL congress on Tuesday.