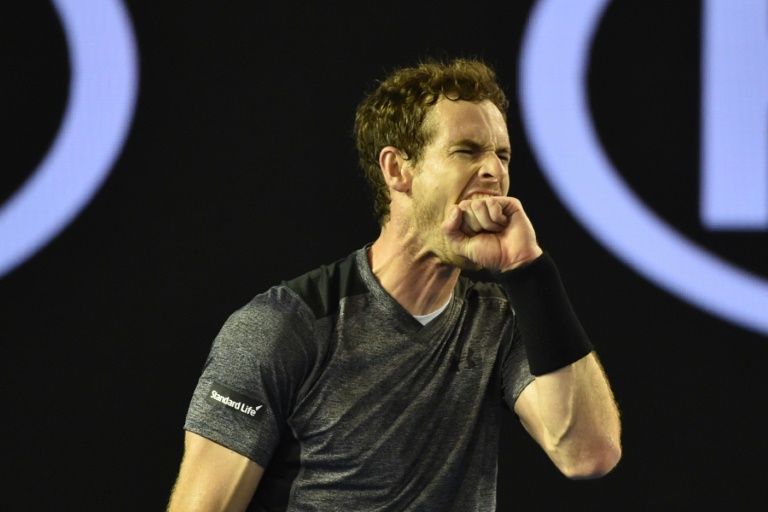 Andy Murray is hoping all the nasty surprises are behind him as he heads into Wednesday’s quarter-final at the Australian Open in no doubt what to expect from tough Spaniard David Ferrer.

The world number two was rocked by a family health emergency when his father-in-law Nigel Sears, Ana Ivanovic’s coach, collapsed at the tournament and was rushed to hospital on Saturday.

Murray said he would have pulled out of the tournament if the news was bad about Sears, but the 58-year-old made a quick recovery and was cleared to leave hospital the next day.

Adding to Murray’s predicament was that his wife Kim Sears is heavily pregnant and he has said he will quit the Australian Open and rush home if she goes into labour.

Against this backdrop of uncertainty the Scot has come through four rounds, including a scrappy three-setter over unorthodox Australian Bernard Tomic on Monday to set up his last-eight duel with Ferrer.

Murray leads their head-to-head 12-6, and has mastered him at the last five meetings. This will be their fifth Grand Slam encounter, and the four-time Australian Open runner-up knows exactly what’s coming.

“He works extremely hard. He’s in good shape. He fights so hard in every single match,” Murray said of the intense Ferrer. “He’s been rewarded for that with an unbelievably consistent career at the top of the game.”

Murray is perhaps relieved that he has it in his own hands to find a way to overcome Ferrer, rather than cope with off-court matters out of his control.

“It’s been a hard, hard few days. Hopefully, it gets better the next few days,” he said. “I just can’t believe something like that happened a few days ago. It’s shocking. Nige is an unbelievably fit guy. Very, very scary.

“I felt quite drained, quite tired. Definitely on the court (against Tomic) I was more emotional than normal.

“It certainly wasn’t straightforward. I’m just glad that Nigel’s on his way home now and can be back with his family.”

Ferrer’s supreme fitness and eagerness to chase down every ball makes him a difficult opponent and Murray knows it will be a physically demanding battle if he is to progress.

Meanwhile, Milos Raonic will get another chance to close the gap on the men’s elite against explosive Frenchman Gael Monfils in Wednesday’s other bottom-half quarter-final.

The world number 14 Raonic has turned heads in Australia, beating Roger Federer in the Brisbane International final and reaching the last eight in Melbourne thanks to his first ever win over fourth-ranked Stan Wawrinka.

The huge-serving Canadian, who says he has found a new calm under his coach Carlos Moya, fought back to eliminate the 2014 winner in five sets but he now faces a different challenge against the energetic Monfils.

Raonic, who is looking for his first win in three meetings, knows what he has to do to overcome the 23rd-seeded Frenchman.

“He’s very entertaining and he’s very difficult to play. He can give you complete ends of the spectrum within one game,” Raonic said.

“So it’s very much of an internal match for me. I just have to take the game to him. I have to make him feel uncomfortable. Not let him get into his sort of playing comfort.

“If I can keep up with the efficiency moving forward, I’ll have definitely some opportunities.”

Monfils, who cut and bruised himself with an acrobatic dive in the last round, is playing in his first Australian Open quarter-final and he has noticed a change in Raonic this year.

“Milos is in good form. Coming in with a win in Brisbane. As we know, a big serve,” he said. “Actually, I think he has improved his movement a lot, hitting big from the baseline, and has a good return.”