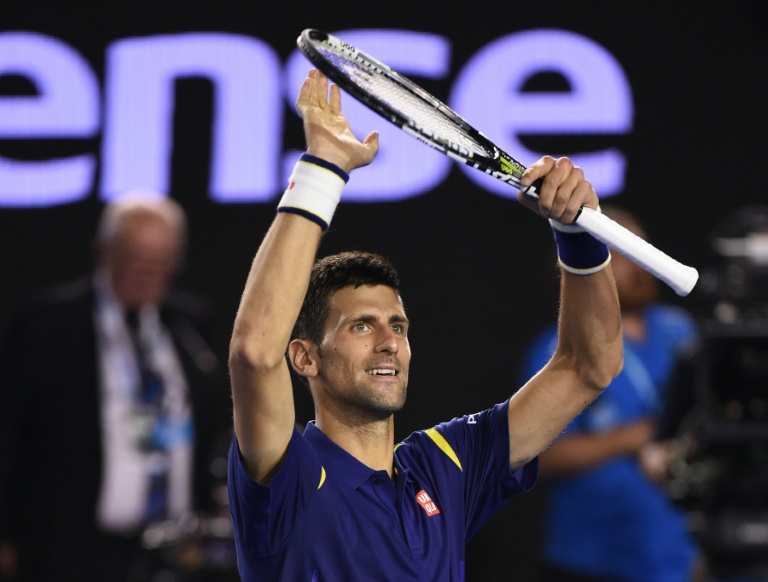 Novak Djokovic hammered an off-key Kei Nishikori and Roger Federer put on a masterclass against Tomas Berdych as they set up a dream semi-final at the Australian Open on Tuesday.

Djokovic is seeking his 11th Grand Slam title while Federer, 34, is looking to extend his record tally to 18 — and both will want to take charge of their head-to-head, which is locked at 22-22.

“It’s always a great challenge to play Roger,” Djokovic said of Thursday’s semi-final. “You don’t need to spend any words on his achievements, what he’s done for the sport.”

Both players will have a close eye on Wednesday’s quarter-finals pitting Andy Murray against David Ferrer and Milos Raonic against Gael Monfils.

Djokovic will start as favourite against Federer after he beat him in the Wimbledon and US Open finals last year on his way to winning three Grand Slam titles and finishing runner-up at the French Open.

The Serb made 100 unforced errors and was pushed all the way in Sunday’s five-set struggle with Simon, but he said a day away from tennis had done him the world of good.

“I didn’t practice yesterday. I didn’t hit a tennis ball,” he said. “It happens sometimes, it’s actually good to rest your mind, rest your body. Less is more sometimes.”

Thursday’s semi-final promises to be a test of Djokovic’s continued dominance of men’s tennis, after his achievement in losing only one Grand Slam match last season.

In a sign of the pair’s hold on men’s tennis, Federer is into his 39th Grand Slam semi-final while Djokovic has 29. They were both on court for little over two hours on Tuesday.

Djokovic only hit 11 groundstroke winners in disposing of Nishikori, who made a total of 54 unforced errors and had his service broken six times.

The Swiss has high hopes he can add a fifth Australian Open title, even though his last Grand Slam success was back at Wimbledon in 2012.

“It means a lot. It’s part of the reason why I’m still playing,” Federer said. “I feel like I’m competitive at the top. I can beat all the guys on tour.

“It’s nice now that in the last three Slams that I’ve been as consistent as I have been.”

Federer said he was enjoying his tennis after adding former world number three Ivan Ljubicic to his coaching team, along with long-time mentor Severin Luthi.

“I’m playing good tennis, fun tennis for me anyway. I really enjoy being able to come to the net more like back in the day.

“So I’m very pleased. It would mean a lot to me (to win more Slams), no doubt about it.”

The world number three had few concerns against the strong-serving Berdych and extended his career record to 16-6 to deny the Czech a third straight semi-final appearance in Melbourne.