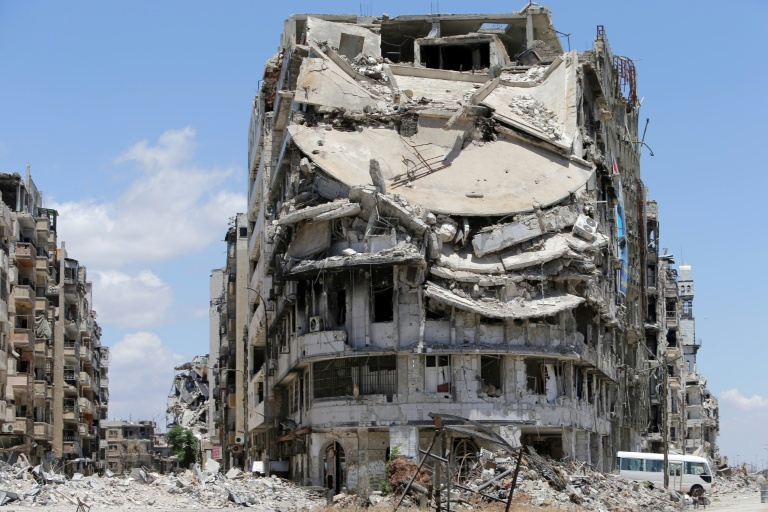 At least 22 people were killed in a double suicide bomb attack at an army checkpoint in the central Syrian city of Homs on Tuesday, state media said.

In a breaking news alert, state television said 100 people had also been injured in the blasts in the Al-Zahraa neighbourhood of the city, which has been targeted in bomb attacks multiple times before.

The provincial governor of Homs, Talal Barazi, told AFP at least 19 people had been killed in the attacks.

He said the two bombers appeared to have pulled up at the army checkpoint in a car together, with one exiting the vehicle before the other detonated his explosives while still inside.

In the chaos of the first blast’s aftermath, and as a crowd gathered, the second bomber detonated his explosives, Barazi said.

The Syrian Observatory for Human Rights, a Britain-based monitor, also reported the blasts, saying at least 21 people had been killed, among them 13 regime forces.

The Al-Zahraa district of Homs has been targeted in multiple bomb attacks in the past, including in late December, when 19 people were killed in several simultaneous blasts.

The residents of Al-Zahraa are mostly Alawites, the minority sect of Syria’s ruling clan, and the Islamic State group has in the past claimed attacks on the district.

Homs city was once dubbed the “capital” of Syria’s uprising, which began with anti-government protests in March 2011.

But after years of devastating fighting and government sieges, most of the city is now back in regime hands, with the exception of the Waer district, which is being gradually turned over to the government under a deal with opposition fighters.

Syrian pro-government forces have captured a strategic southern rebel town close to the Jordanian border after weeks of fighting, the monitoring group said on Tuesday.

Regime troops and allied militia including fighters from Lebanon’s Hezbollah movement and Iranian officers “seized control of Sheikh Miskeen” overnight with the help of Russian and Syrian government air strikes.

The town, in Daraa province, lies on a vital crossroads between Damascus to the north and the government-controlled city of Sweida to the east.

It is 12 kilometres (seven miles) from the rebel stronghold of Nawa, another key target for regime forces.

A security source had told AFP the Sheikh Miskeen was a “launching pad” for rebel operations, and one of the opposition’s “centres of gravity for the whole of Daraa province”.

He said seizing control of the town would sever a rebel supply route to areas under opposition control around Damascus.

Last month, government troops captured the Brigade 82 base outside the town, and they have since been pushing to capture Sheikh Miskeen.