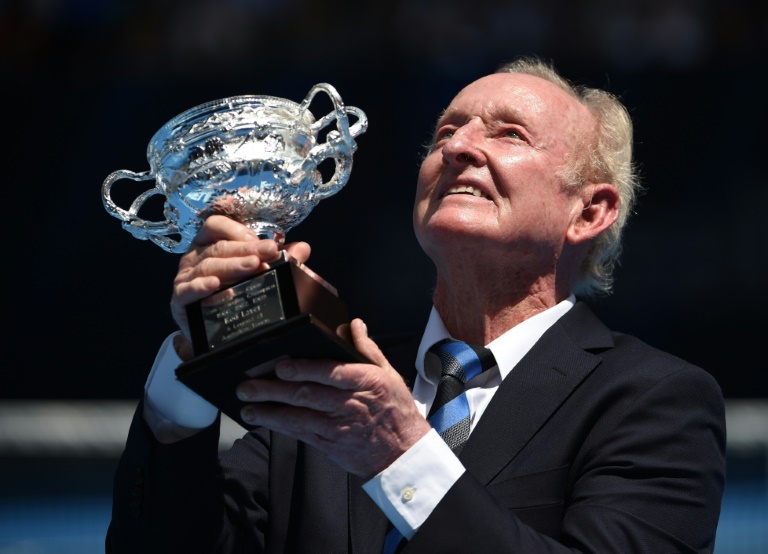 Australian tennis great Rod Laver joined the legendary Don Bradman and Herb Elliott on Tuesday when he became only the third sportsman to be named a Companion of the Order of Australia, the country’s highest honour.

The 77-year-old celebrated his achievement in a small ceremony at Melbourne’s Rod Laver Arena, centre court for the ongoing Australian Open, where fans applauded him before rising for the national anthem.

The award for Laver, announced on the country’s national day, puts him alongside the late master cricketer Bradman and Elliott, who dominated middle-distance running in the late 1950s and early 1960s.

“It’s an honour to be associated with Herb Elliot and Don Bradman. It’s hard to put it all together because it’s just a huge honour,” Laver told the Australian Broadcasting Corporation.

“It means my whole career when I look at the award. It means a tremendous amount.”

Laver remains the only man to win the Grand Slam of all four major singles titles in the same year, a feat he achieved in 1962 before repeating it 1969, the first full season of the Open era.

He is idolised by many players including 17-time Grand Slam title-winner Roger Federer, who followed him on to the court Tuesday for his Australian Open quarter-final against Tomas Berdych.