Home World Storm-hit US digs out but travel misery persists 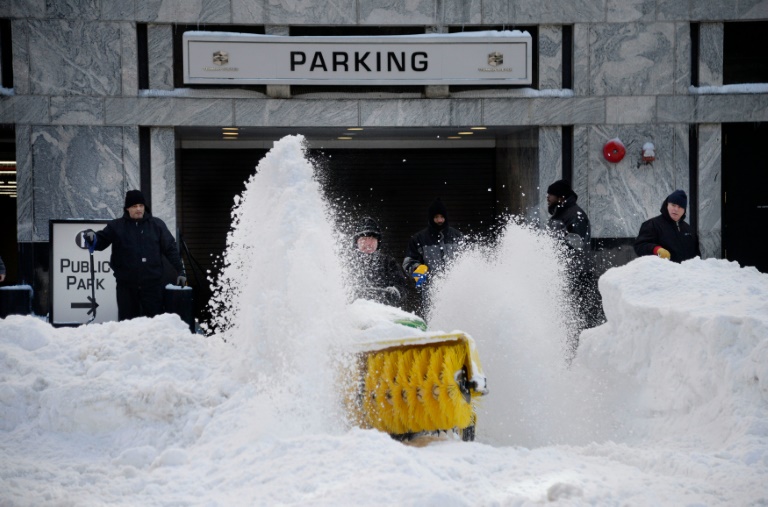 Millions of people in the eastern United States dug out Sunday from a historic blizzard that brought New York and Washington to a standstill, but travel woes look set to persist into another week.

The storm — dubbed “Snowzilla” — killed at least 18 people after it walloped several states from Friday into early Sunday, affecting an estimated 85 million residents who were told to stay in doors and off the roads for their own safety.

Forecasters said 26.8 inches (68 centimeters) of snow fell in New York’s Central Park, the second-highest accumulation in the city since records began in 1869, and more than 22 inches paralyzed the capital Washington.

Near-record-breaking snowfall was recorded in other cities up and down the East Coast, with Philadelphia and Baltimore also on the receiving end of some of the worst that Mother Nature could fling at them.

With the storm finally tapering off overnight, officials in New York lifted a travel ban at 7:00 am Sunday (1200 GMT), restoring access to roads throughout the city and in Long Island and New Jersey.

Thousands of people gathered in parks across New York, tobogganing, organizing snowball fights and strapping on cross-country skis, as children woke to a winter wonderland under glorious sunshine.

“This was a truly historic storm and while we have made good progress we are not done working yet,” warned State Governor Andrew Cuomo.

Forecasters were predicting a more forgiving outlook for the remainder of the weekend — blue skies and sunshine with temperatures hovering at about 32 degrees Fahrenheit (zero Celsius) in New York and Washington.

Broadway resumed shows and museums reopened in New York, as snow plows cleared the main avenues in the city and in the capital.

“After being locked in for a couple of days, it’s fun,” said 33-year-old Laura Lorenzo, taking part in a “Star Wars” themed snowball fight in Washington.

However, there were concerns about melting snow, with streets in some coastal towns filled with water and ice, raising the specter of flooding and dangerous black ice.

The fatalities occurred in Arkansas, Kentucky, New York, North Carolina, Maryland and Virginia, while hundreds of thousands were left without power at the height of the storm.

Despite the generally better weather outlook there was no immediate end in sight to the misery for thousands of air passengers.

Nearly 3,500 domestic and international flights were canceled on Sunday, FlightAware said, adding to a growing backlog caused by major airports in New York, Philadelphia, Washington and Baltimore all grinding to a halt.

Reagan National and Dulles International airports in the US capital were expected to remain closed through Sunday, and buses and the metro system were also not due to return to action until Monday at the earliest.

Teams were out overnight in New York to get the city back on its feet.

Parked cars were still buried under heavy snow and sidewalks impassable in many places, as authorities scrambled to clear away the deluge for the start of the working week.

“This was one of the worst storms to ever hit New York City and we need all hands on deck to dig us out,” he said.

With uniformed workers making “herculean efforts on clearing our city’s streets, snow laborers will be critical in shoveling out other key locations,” he added.

“People want to start to go outside and start shoveling and clearing their walks and driveways,” said New Jersey Governor Chris Christie, a Republican presidential contender who left the campaign trail to oversee the emergency response in his state.

Nearly 150,000 power outages were reported in North Carolina alone at the height of the storm, emergency officials said. On Sunday, that number had been whittled down to about 50,000.