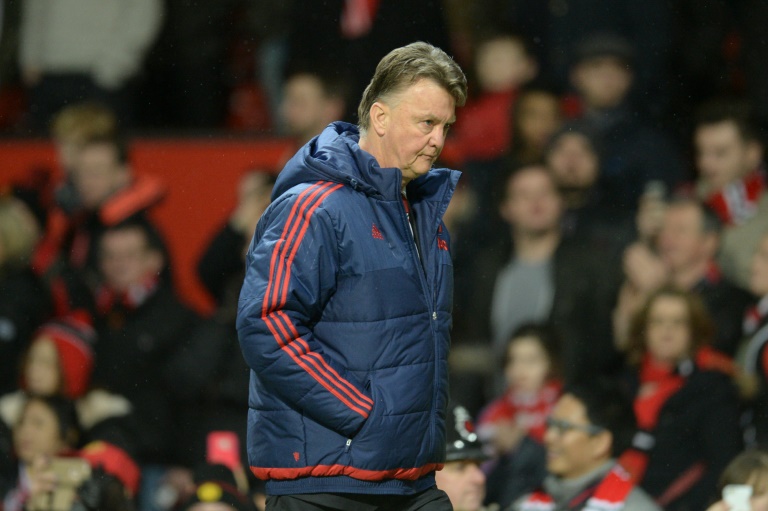 Manchester United may officially be keeping quiet about the future of Louis van Gaal but the manager accepts his position is being increasingly called into question by the club’s fans.

The mood turned sour at Old Trafford during the course of Southampton’s 1-0 win over United on Saturday.

Some fans didn’t even wait until the final whistle to jeer Van Gaal, venting their frustration as soon as Charlie Austin headed in the Saints’ 87th-minute winner.

Jeers rang out around the ground and the Dutchman received further taunts as he headed down the tunnel at full-time.

United’s executive vice-chairman Ed Woodward has staked a lot on bringing the Dutchman to Old Trafford and so would be unlikely to want to end his time with the club.

Failure to qualify for the Champions League cost David Moyes, Van Gaal’s predecessor, his job but Van Gaal reacted angrily when asked at a news conference if he would resign if there was no improvement in results.

“This question, I shall never answer to you,” he said.

But were United playing their traditional brand of football associated with legendary United managers Matt Busby and Alex Ferguson, vVn Gaal might have some breathing space.

The fact they are not means the manager is under even greater pressure.

“I’m very disappointed that I cannot reach the expectations of the fans,” Van Gaal said. “They have — or they had — great expectations of me, and I cannot fulfil them, so I am very frustrated because of that.”

He added: “I agree with them, so it doesn’t have any impact (on me). They have also knowledge of football, of entertaining football, and you have to play football to entertain the fans.

“(On Saturday), I don’t think we have entertained the fans, so they can be very angry.”

Van Gaal said a raft of injuries and the fact teams line-up defensively at Old Trafford had worked against him.

“There are different aspects. We are not very lucky with our injuries, that’s a problem,” said Van Gaal, who saw Matteo Darmian go off in the second half against Southampton holding his chest after an aerial collision with Shane Long.

“Now we are missing five full-backs.

“But nevertheless, we had to win, and we could have won, but it is not happening.

“You have seen two teams who were very busy with tactics, but they don’t create many chances, and that’s why it was a poor match.”

Van Gaal has spent more than Â£250 million ($356 million, 329 million euros) on players since joining United but he dismissed suggestions he had been profligate in the transfer market.

“We have also sold a lot of players. I never read that.

“You know when Manchester United is coming, we have to pay much more than another club, so that’s also an analysis, and it is not rubbish what I am saying.”