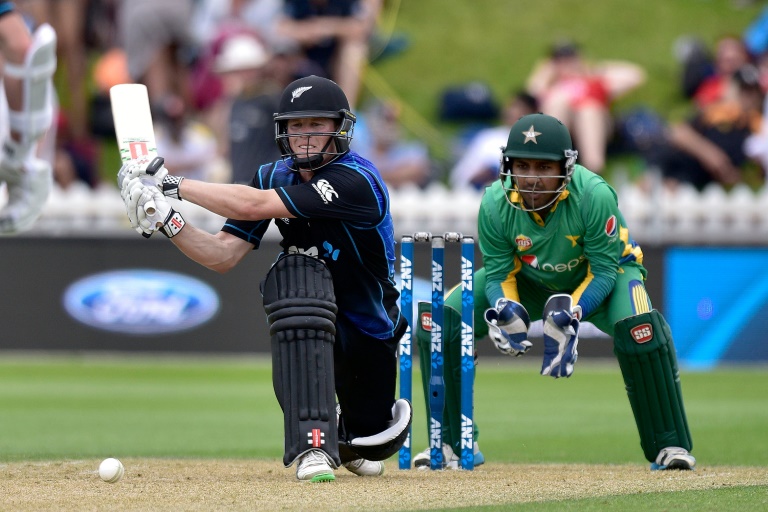 A solid 82 by Henry Nicholls followed by a ninth-wicket batting blitz carried New Zealand to a convincing 70-run victory in the opening one-day international against Pakistan in Wellington on Monday.

In reply to New Zealand’s 280-8, Pakistan were skittled out for 210 with four overs remaining.

Nicholls apart, New Zealand’s recognised run-makers struggled against a fired-up Pakistan attack, with the other six batsmen in the top seven contributing just 47 in total.

The hosts were in a perilous position at 99-6 before Mitchell Santner joined Nicholls in a 79-run stand for the seventh wicket.

Matt Henry and Mitchell McClenaghan then added 73 off 33 balls in a closing onslaught to ensure a target which eventually proved too much for Pakistan.

They cruised past the 100 mark in the 23rd over, the same as New Zealand, but with only two wickets down.

However, the brittle nature of the Pakistan batting was highlighted as Kane Williamson broke their stand when he had Hafeez caught at long on for 42.

Azam, without attempting to boost the run rate, continued on to 62 off 76 deliveries before he miscued an attempt to hook Corey Anderson and sent the ball straight to Nicholls at deep midwicket.

Sarfraz Ahmed (30) and Anwar Ali (16) put on 35 for the seventh wicket but their partnership ended when they tried to lift the scoring and Ahmed was well caught by Anderson on the boundary.

Where the New Zealand tail had exploded, Pakistan’s fizzled out — with the last four wickets falling for five runs.

Trent Boult finished with four for 40 while Grant Elliott, who removed openers Ali and Shehzad as well as Sohaib Maqsood, took three for 43.

After being sent into bat on a windy Wellington day, New Zealand never really settled against a hostile Pakistan attack.

Openers Martin Guptill and Tom Latham were both out for 11, with Mohammad Irfan and Mohammad Amir taking a wicket each.

Amir in his second spell removed Anderson (10) and Luke Ronchi (5) in the space of three balls.

Anwar Ali also took a double in quick succession when he broke a 45-run stand for the third wicket by Kane Williamson and Nicholls.

He bowled Williamson for 10 and two balls later bowled Elliott without scoring, before returning later to claim the prized scalp of Nicholls.